The Complete Casebook of Cardigan, Volume 2: 1933
Authored by Frederick Nebel 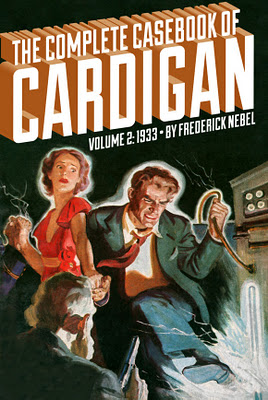 The greatest series from the pages of Dime Detective Magazine is finally collected in four large editions. Running from 1931-37, Frederick Nebel’s P.I. Jack Cardigan was one of the main reasons for that magazine’s success as well as highly influential to the most popular hard-boiled writers of the day. Sadly, only a handful of the 44-installment series have ever been reprinted since their original appearances 80 years ago. This series collects the entire run.