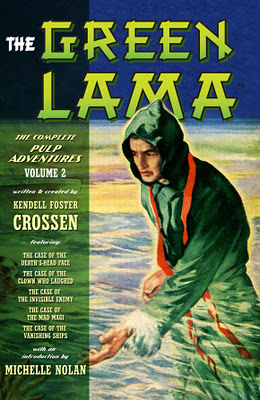 Om! Ma-ni pad-me Hum! The first of its kind, the complete adventures of the Green Lama follows the adventures of Buddhist Jethro Dumont and his aides as they battle the forces of evil in the western world.

Written by Kendell Foster Crossen, it’s non-stop action in the vein of The Shadow!

GREEN LAMA is a trademark controlled by, and licensed from, Argosy Communications, Inc.