TALES OF YESTERYEAR FROM PRO SE TO DEBUT AT IPULPFICTION.COM! 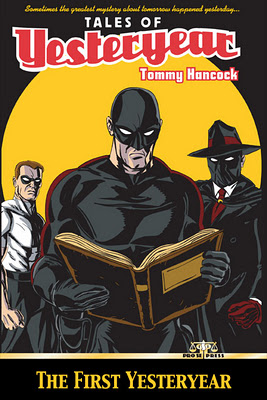 Pro Se Productions and Tommy Hancock, Editor in Chief/Partner in Pro Se and Author of the novel YESTERYEAR, announced today that a series of stories set in the YesterYear universe Hancock created in his novel would be debuting on November 4th from iPulpFiction!

www.iPulpFiction.com is the brainchild of Keith Shaw and is a venue where short stories, both Classic and New Pulp, appear as individual tales and can be downloaded and enjoyed at extremely reasonable prices. “This,” Hancock stated, “relationship with iPulpFiction is a natural fit for Pro Se, but especially for TALES OF YESTERYEAR (the name of the series of short stories from Hancock to appear on the site).  This is a chance to tell tales of the Heroic Era, the Golden Age of my cast of characters.  And the fact that they will appear regularly and be extremely affordable only adds to my excitement about this partnership.”

Tales of YesterYear will feature stories from 1929-1955 in Hancock’s YESTERYEAR Universe and will add insight to events in the first novel and coming tales, but also will work as stand alone Pulp adventures.  The first four stories to kick off this series are actually drawn from the novel itself, taken right from the pages of the fictional book that is the axis the story turns around.  “These tales,” Hancock explained, “are a great jumping on point and that’s why they showed up in YESTERYEAR.  You get the origin of the Heroes basically and some of the earliest stars in that pantheon. But many have requested even more tales from this part of the story, from this era.  So don’t worry, there’ll be all new never before published stories from the fifth one on in this series as well.” 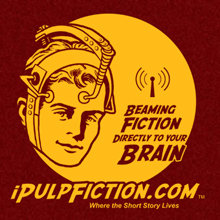 The initial story, THE FIRST YESTERYEAR, introduces the series and will be FREE and available on November 4th.  Next will be MURPHY’S WAKE, probably the most popular tale of the YesterYear mythos thus far, the origin of The Night. This intriguing Pulp tale debuts on December 2nd for 50 cents!  January 2nd sees the release of ONE GOOD EYE introducing yet another hero at a price of 75 cents!  The fourth tale, FOR FLAG AND COUNTRY, goes live on January 27th for the fantastic price of one single quarter!

TALES OF YESTERYEAR revisits an era held dear by many Pulp fans and mixes in Hancock’s own characters with that period of history, weaving action, adventure, excitement and mystery into this familiar, yet new world of Heroes and Villains!