The Peerless Peer Heads To Germany. 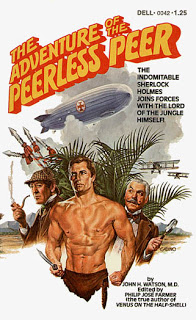 This new German edition will also feature Win’s afterword that also appeared in the 2011 edition from Titan Books (currently selling on Amazon).

The Game is Afoot!