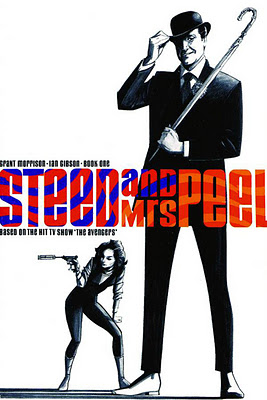 Boom! Studios has announced that Steed and Mrs. Peel issue #1 will be in stores January 2012. Written by Grant Morrison with illustrations and a cover by Ian Gibson, this comic book mini series is based on characters created for the classic British TV series, “The Avengers”.

From writer Grant Morrison — “The Golden Game Part One: Crown and Anchor!” Your favorite Avengers finally return! When Tara King is kidnapped by a mysterious organization, John Steed and Emma Peel must reunite to solve this mystery. Featuring gorgeous art from Ian Gibson, best known for his work with Alan Moore on “The Ballad of Halo Jones.” A science fiction/spy fiction mash-up from Grant Morrison and two of TV’s most iconic heroes!

For more information on BOOM! Studios and their offerings, visit http://www.boom-studios.com/.