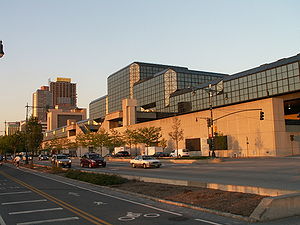 The New York show, which opened Thursday night at the Jacob K. Javits Center in Manhattan, bounced around the calendar for a couple of years before finding a home in October last year, when 96,000 fans made the trek to New York to attend.

Organizers expect attendance at the show, now in its sixth year, to surpass 100,000 this year. And while its rival in San Diego grapples with growing pains, New York Comic Con is finding its footing.