Are People In Comics Really Crazy? 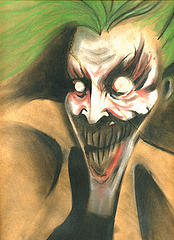 RESPONDING to years of declining readership, DC Comics — the publisher behind Superman, Batman and other superheroes — recently reintroduced itself with 52 new titles, featuring characters and story lines that better reflect today’s diverse sensibilities. But it remains to be seen whether that diversity will include more accurate portrayals of mental illnesses. Although the reintroduction is in full swing, it’s not too late for DC to use its unique and influential position in American pop culture to combat harmful stereotypes.

via Putting the Caped Crusader on the Couch – NYTimes.com.