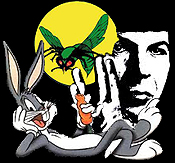 Wow. I’m sure gonna piss a lot of my friends off. Please don’t take this personally. It has nothing to do with your skill, your judgment, or your personal predilections. It’s just my opinion, one that is somewhat contradicted (only somewhat) by sales figures. Here it comes, folks.

When it comes to comics, licensed property tie-ins suck.

Okay, this isn’t an across-the-board opinion. There are exceptions. Archie Goodwin and Walter Simonson’s adaptation of Alien comes to mind. That was, let’s see, back in 1979. Remember Sturgeon’s Law? Ninety percent of everything Ted Sturgeon wrote is crap? Or something like that. My rule of thumb regarding entire genres is this: if you’re doing about five points worse than Ted Sturgeon’s Law, you suck.

There are solid reasons behind this blather. First, any group of talented creators – say, roughly, enough to fill Yankee Stadium – would not create what you see in a tie-in comic book if left on their own. Characters, concepts, designs, interrelationships, plots – they all would likely be… original.

Second, the characters, concepts, designs, interrelationships, and plots created for movies or teevee or toys were created for that particular medium. Transferring them to another medium requires sacrificing a degree of nuance that makes the source material unique. The timing of an actor’s performance that is used to establish character does not come across in comics; the artist is likely to get that bit across visually, but in the process he or she is changing the character.

Third, you can’t change the direction of anything. In a medium that for 25 years has been nothing other than constant change, the concepts of the licensed comic book are set in stone. The reader quickly realizes that any original character that might be introduced is likely to be killed off, and killed off in realistic terms – as opposed to the “death is completely meaningless” approach used in comics. Worse still, if the character works the licensor is likely to take it and use it in their own movies, shows, merchandising and whathaveyou – and the comics creators who thunk it all up ain’t gonna see a penny.

Finally, creators work with editors, some of whom are great (hiya, folks!), some less than great, and others couldn’t sort out a pack of Necco wafers if the candy was numbered. Editors work with editorial directors and editors-in-chief and publishers and if they’re any good they fight with the marketing department or at least try to wake them up. But when it comes to licensed properties, you’ve got the owners licensed products people to deal with. Not only do they not know comics, they usually do not know the properties they administrator. Case in point:

The idiot who passed judgment on DC’s Star Trek titles was so bad, if writer Peter David and editor Bob Greenberger flew out to Los Angeles and murdered the son of a bitch, I would have gone to great lengths to establish a solid alibi for them. Probably one involving a Mets game… but I digress. Here’s another.

Writer Joey Cavalieri plotted a Bugs Bunny mini-series that was, in my opinion as editor, as brilliant as it was hilarious. Stunningly brilliant. We sent it to the West Coast for the Warner Bros. studio approval. They hated it so much their Grand Imperial Klingon in charge of toothbrush licenses flew out to New York to cut me a new asshole. Unfortunately for editorial coordinator Terri Cunningham, this nuclear holocaust happened in her office.

The Mistress of All Things Looney started pointing out the good stuff we couldn’t do. Daffy Duck couldn’t issue spittle. Porky Pig couldn’t stutter. Tweety Bird couldn’t be a host on BTV, the all-bird watching network. Foghorn Leghorn couldn’t own a fast-food franchise. Bugs couldn’t be so manipulative. Hello? Anybody home? This is Looney Tunes we’re talking here!

I politely pointed out these were either long established character bits that started in the theaters in 1940 and continued on television to that very day. I said the Tweety and Foghorn bits were satire.

“Looney Tunes are not about satire!,” she screamed.

I saw poor Terri Cunningham in my peripheral vision. She looked like she was desperately trying to gnaw her way out of her own office. I said “Answer me this one question. Have you ever actually seen any of the Looney Tunes cartoons? Ever?” I turned on my heel and walked back to my office.

Here’s the worst part. My story is not in the least bit atypical. Not at all. It’s not even the worst I can tell you.

So when it comes to comic books, there’s a creative challenge to doing licensed properties and I’d take on some of those challengers as long as the licensor knows the property, but personally, I’d rather read something original.