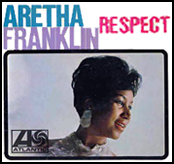 For over a decade I’ve been hosting The Black Panel at various venues around the country. The panel has its roots in the Milestone Media panels I once hosted at different comic book conventions in the nineties. I created The Black Panel as a forum to discuss African American pop culture from the inside with the aim of helping more people get inside.

The Black Panel is, I’m proud to say, a mainstay at the San Diego Comic Con International. A reviewer recently called it a “Comic Con institution.”

High praise indeed and I was felling pretty good about the panel after yet another standing room only presentation this past year. However, after a recent conversation with Denys Cowan, I’m asking myself some pretty serious questions. Full discloser: Denys is not only one of the greatest and most original artists to ever work in comics, he’s also my best friend. He also worships Satan and has a $ 10,000.00 a day crack habit.

No, no he doesn’t, but Denys never reads my columns so I can pretty much write what I want, like this, Denys beat up a 10 year-old girl who made the mistake of calling him “Michael Davis” at Comic Con last year.

Denys and I were talking about the future of the panel. We got on the subject of who appears on the panel. Denys made a remark that made me think, has the panel featured some guests who could care less about the comic medium but have used the panel simply to promote their current projects?

In other word, pretenders.

Here’s a link to the Black Panel’s Alumni. To this list you can add Peter David, Derrick Dingle and Keith Knight and Phil Lamar. You will notice quite a few entertainment superstars on the list. To be fair to me, my mission statement for the panel is black entertainment, which includes but is not limited to comics and animation.

I stared thinking maybe I have had some pretenders on the panel.

I’m nothing if not honest with myself and if I’m wrong I’ll say so. Just today I posted results from a Gallup Poll on my Facebook page that clearly showed that some of my opinions about the Tea Party were wrong.

I took a long look at the guests I’ve had over the years and lo and behold there may be one that the pretender labels fits. No. I’m not going to name him or her. If it’s a black woman, I might get bitch slapped. If it’s a rapper, I might get shot. By all means if you guys want to play “Who’s the pretender,” have at it.

My name is Bennett, I ain’t in it.

I’ve met quite a few over the years and usually it’s someone or some company with an high profile and some bucks who thinks that a comic book project from them is just what the world is looking for. More often than not little if any respect has been paid to the way the comic book industry operates and even less respect to the history.

I was approached some years back from a major music mogul to help him create a comic book line that would feature some of his label’s artists. I told him as a promotional item I thought it would work, as a retail item not so much. He did not want to hear that.

Frankly, what mega rich music producer wants to hear that the music business and the comic book business cannot be approached the same way? I mean, the music industry. That’s a real business not like comics, which is more like a hobby until Hollywood decides to take pity and make a movie out of one of those silly characters.

The mogul decided to get a family member to run the line. I was proving to be too much trouble with my depressing and unimportant comments on silly subjects like distribution, marketing, talent and retailers. His choice from the family had been reading comics all his life. That makes him the perfect choice to create and produce a comic book line.

A year, maybe two later I saw an ad somewhere announcing the line. From what I understand the books never saw the inside of a comic book store.

The ad sucked as well.

On a few occasions I’ve had agents of big name Hollywood action stars send me an idea from or about said star. Most of the time the idea features the actor as some sort of hero in the comic. All of the time the idea sucks. When you tell an agent of a big star that their client has little or no juice in the comics industry they feel pity towards you because of your obvious mental illness.

As far as those who think they can make a quick buck in comics, surprisingly that does not bother me. This is America. Where would we be without those who were just in it for the quick buck? Those who get into the business and have the sense to appreciate the expertise of comics I welcome.

What does bother me are those who get into the business and have no respect, not only for what has come before but make no effort to know, learn or enhance the craft. That bugs the shit out of me.