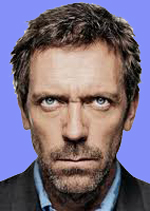 This past Tuesday, August 30 to be exact, the New York Times ran an article by Dave Itzkoff about the “new” DC reboot. It was called “Heroes Take Flight, Again.”

It’s an interesting article. And its tone is that of a penultimate eulogy. To quote Itzkoff, “Within the DC universe, this new status quo is the result of efforts by the fleet-footed Flash to alter the course of history. But in the real world it is a last-ditch plan to counteract years of declining sales throughout the comics business.”

It’s rather like an episode of House, isn’t it? He wants to try a risky, dangerous, could-kill-the-patient-instead-of-saving-him treatment and everybody around him either has an opinion or just wants to avoid the whole subject. Cuddy is worried about the lawyers and the reputation of Princeton-Plainsboro Medical Center. Wilson is busy psychoanalyzing his friend’s penchant for walking on the edge. Foreman objects mostly because he didn’t think of it first. Chase, having forsaken the medical principle of “first do no harm” a few seasons ago when he killed a dictator who was under his care, pretty much shrugs his shoulders. Cameron is too busy in the ER to get very involved, other than to shake her long blonde hair and hot tush in House’s face and say, “you’re just gonna do what you want anyway.” Taub is caught between his Torah – he who saves a single life, it is as if he has saved the whole world – and probably causing the patient even more suffering if the treatment is allowed, and “Thirteen,” facing eventual horrible death herself thanks to the Huntington’s Disease that stalks her, thinks House is right, because she sees herself in the patient, and she wants to live.

I remember when I first heard of Crisis on Infinite Earths. I was upset. I didn’t understand why DC had to go messing with my childhood. But under the able hands of Marv Wolfman and George Pérez, it was, frankly, a thrilling story. To me, when Marv and George killed Supergirl – and I’m still mightily pissed off about that! – that was it, man, I knew this was going to be a classic.

The only trouble was, it started off a wave of “mega-reboots” over at DC that sounded like “good business” at the time. And now, after some 30 years, only seems to make me, and everybody else, yawn.

‘Cause most of these reboots, start-overs, begin-agains are so obviously an attempt to “save the life of the patient” that it’s insulting to the reader. Jim Shooter is quoted in the Times article as saying “This whole attitude of, ‘Oh, go ahead, start over, reboot,’ people get tired of that…as storytellers, I don’t know where we wandered off to.” I totally agree with him.

S-T-O-R-Y. A narrative. An account. A tale, yarn, legend, fairy-tale, chronicle. Something that stays with you. That for whatever reason strikes a resonant chord within.

Was The Lord of the Rings a business decision? Was Grapes of Wrath? A Tale of Two Cities? The Three Musketeers? Alice in Wonderland? The Man in the Iron Mask? Peter Pan? If I keep on going this will be a column about the Book-of-the-Month club.

I’m hoping that Dr. Gregory House can pull another miracle out of his misanthropic hat.