Keanu Reaves is no stranger to the crime genre!  Films like Point Break and Street Kings come to mind, but we think he got his start officially in the TV crime drama, Night Heat.  In Henry’s Crime, which is out on Blu-ray and DVD today, Reeves stars as Henry Torne, a wrongly accused man who winds up behind bars for a bank robbery he didn’t commit.  After befriending a charismatic lifer (James Caan) in prison, Henry finds his purpose — having done the time, he decides he may as well do the crime.  But his outlandish plan to rob the very same bank spins wildly out of control, as he finds himself performing in a stage play and falling in love with the production’s seductive leading lady (Vera Farmiga).

To celebrate the release of Henry’s Crime, our pals at ThinkJam put together a list of our favorite law-breaking and abiding Keanu films. We know they skipped the obvious like Bill & Ted and The Matrix Trilogy but did they miss anything? 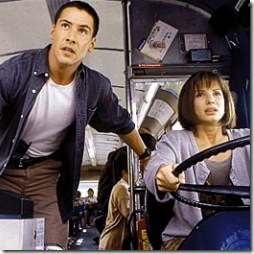 It all started with, “There’s a bomb on the bus!” This one really put Keanu Reeves on the blockbuster map. With its non-stop high action sequences, and bombs on the bus, train, Sandra Bullock, this movie is an action flick-junkie dream.

In this fast-paced action-crime film, Keanu portrays a disillusioned LAPD detective haunted by the death of his wife.  We love it when he breaks rules and butts heads.

How progressive.  This film about alternative energy delves deep into a sociopolitical dialogue that involves the FBI, CIA and basically Big Brother chasing our beloved scientists down!

Classic.  This box office success melded surfing with bank robbery, making it by far one of Keanu’s most bodacious films to date.  And orphan surfer girl Lori Petty just sweetens the deal. 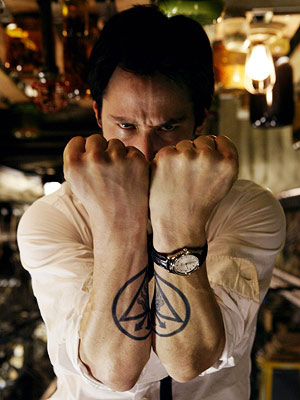 Working as a toll collector, Henry gets swept up in a crime he didn’t mean to commit.  Now that he’s done the time, he had a lot of time to think about reaping the rewards if he had

Mr. Reeves plays David aka your worst nightmare if you’re a woman.  Talk about a misleading first date.  Once you feel like you can trust a man, he’s meticulous about the way he kills you.

Supernaturally tubular Keanu solves mythical crimes in this wild and epic film that plunges viewers into the afterlife and spiritual worlds beyond this realm.