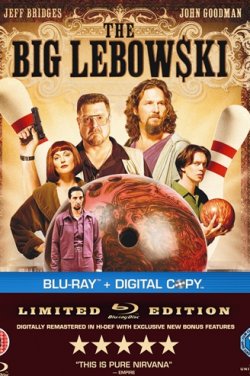 Some eagerly anticipated Blu-ray debuts are making noise by hosting limited screenings in theaters. First up is the Coen Brothers’ now classic The Big Lebowski. The DVD comes out on August 16 and that day there will be a screening at the Hammerstein Ballroom in New York. that will include a special Q & A with Jeff Bridges, John Goodman, Steve Buscemi, Julianne Moore and T Bone Burnett, as well as a screening of the film and other festivities. Not only will the Blu-ray be out that day but it also is the debut of Jeff Bridges’ self-titled album.

Tickets are now on sale on Ticketmaster.

A few weeks later, on August 31, Universal Studios will release their Al Pacino hit, Scarface, for a one night run at more than 475 theaters across the country. The showing will be a t7:30 local time from coast to coast and is being presented by NCM Fathom and Universal Studios Home Entertainment. Fans who attend this special event will also get an exclusive look at a 20-minute special feature that showcases interviews with popular filmmakers and talent expressing how this epic feature redefined the gangster genre, leaving an enduring influence on cinema.

Tickets for the Scarface Special Event are available at participating theater box offices and online. For a complete list of theater locations and prices, visit the NCM Fathom website (theaters and participants are subject to change). The Scarface Special Event will appear in more than 475 select movie theaters across the country via the new digital cinema projection systems.

The newly restored print will make its appearance on disc September 6. For a limited time only, the Scarface Special Limited Edition Blu-ray comes with collectible SteelBookTM packaging, 10 exclusive art cards, a digital copy of the film and a DVD of the original 1932 Scarface.