The cast also includes Emmy® and Golden Globe® nominee Zach Braff (Scrubs, Garden State), who will play Franco’s circus assistant as well as lend his vocal talents to one of the CGI creatures in the story — Finley, the winged monkey who accompanies the magician on his journey to Oz; and 12-year-old actress Joey King (Ramona and Beezus), who will voice another CGI character in the story, China Girl, who also joins the future Wizard on his excursion through Oz. 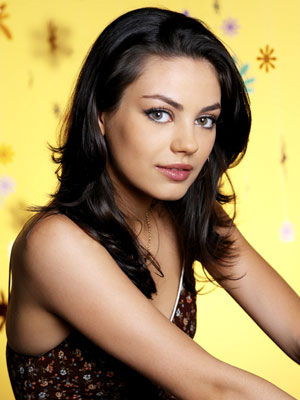 Oz The Great and Powerful imagines the origins of L. Frank Baum’s beloved character, the Wizard of Oz. When Oscar Diggs (James Franco), a small-time circus magician with dubious ethics, is hurled away from dusty Kansas to the vibrant Land of Oz, he thinks he’s hit the jackpot—fame and fortune are his for the taking—that is until he meets three witches, Theodora (Mila Kunis), Evanora (Rachel Weisz) and Glinda (Michelle Williams), who are not convinced he is the great wizard everyone’s been expecting. Reluctantly drawn into the epic problems facing the Land of Oz and its inhabitants, Oscar must find out who is good and who is evil before it is too late. Putting his magical arts to use through illusion, ingenuity—and even a bit of wizardry—Oscar transforms himself not only into the great and powerful Wizard of Oz but into a better man as well.

The film will be produced by industry veteran Joe Roth, along with executive producers Grant Curtis (the Spider-Man trilogy, Drag Me to Hell), Philip Steuer (The Chronicles of Narnia series) and Palak Patel. The screenplay was written by Mitchell Kapner, (“The Whole Nine Yards”) and David Lindsay-Abaire (Rabbit Hole, Robots).

Raimi has assembled his own band of technical wizards and movie magicians on the project, which includes cinematographer Peter Deming (Mulholland Dr.,”Drag Me to Hell), two-time Academy Award®–winning production designer Robert Stromberg (Alice in Wonderland, Avatar), Oscar®-winning film editor Bob Murawski (The Hurt Locker, the Spider-Man trilogy), veteran Oscar®-nominated costume designer Gary Jones (Spider-Man 2, The Talented Mr. Ripley), visual effects Oscar® winner Scott Stokdyk (Spider-Man 2, Spider-Man) and Academy Award®–winning special makeup artist Howard Berger (The Chronicles of Narnia series), who will create the looks of several of the unique denizens of Oz, including creatures such as the Whimsies, the Tinkers and the Winkies, as well as the ghastly look of the Wicked Witch of the West.

Production on Oz The Great and Powerful will take place entirely on site at the new Raleigh Michigan Studios, the 200,000 square foot sound stage facility in Pontiac, Michigan, once the location of General Motors’ Centerpoint business campus and truck manufacturing plant.

Oz The Great and Powerful will be released through Walt Disney Studios Motion Pictures on March 8, 2013.