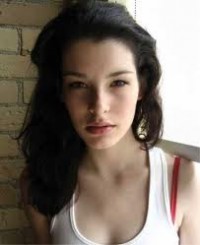 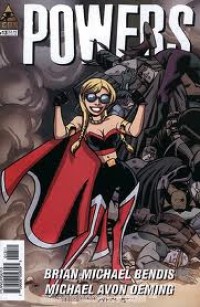 Apparently the first case taken on by the television adaptation of Powers will be “Who Killed Retro Girl?” now that the title character has been cast. Sexy model Carly Foulkes, best known for the T-Mobile ad campaign of the last two years, has been added to the FX pilot.

Series co-creator Brian Michael Bendis revealed this casting tidbit when appearing on  on Sirius XM’s Geektime radio show over the weekend. The 23-year old Canadian model turned actress will leap from pretty-in-pink pitchman to geek immortality with this move.

She joins a cast already including Jason Patric and Lucy Punch as the Powers Homicide detectives in the drama series based on the long-running series by Bendis and co-creator Michael Avon Oeming.

Who Killed Retro Girl? is the name of the first Powers collection, including the debut storyline from the series when it was published in 2000 from Image Comics. The story remains in print as a hardcover or softcover.