AUSTIN, TX  – Runemaster Studios, Inc. is pleased to announce the expansion into the world of New Pulp Fiction with the new Runemaster Pulp imprint.
With the Studios’ growing body of non all-ages works, including a long run on PHANTOM by writer Mike Bullock, letterer/writer/graphic designer Josh Aitken and colorist Bob Pedroza, as well as current runs on original pulp hero BLACK BAT by Bullock and Michael Metcalf and New Pulp creation DEATH ANGEL by Bullock and Metcalf, the timing seemed right to open the new arm of the content creation studio.
“We realize a lot of people have come to know Runemaster Studios as the place where LIONS, TIGERS AND BEARS and TIMOTHY AND THE TRANSGALACTIC TOWEL came to life and we don’t want to mess with that image,” said head Runemaster, Mike Bullock. “So, we thought it best to open a new division dedicated to the creation of New Pulp comics and prose.”
With the launch of Runemaster Pulp, the studio has entered into two new publishing partnerships to enhance the already existing relationships with Moonstone Books, who continues to release new tales of DEATH ANGEL, BLACK BAT, CAPTAIN FUTURE and GLADIATOR under the creative guidance of the Runemasters. 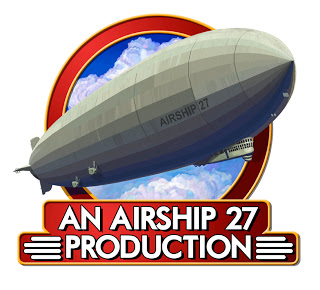 Beginning in 2012, Airship 27 will bring THE RUNEMASTER, a Viking inspired sword and sorcery epic to life in the pages of a full-length novel series authored by Bullock. Forged in the fires of CONAN, BEOWULF and BRAVEHEART, steeped in Norse legendry and baptized in the blood of those who would oppose him comes THE RUNEMASTER.
“Action thriller writer, Mike Bullock has whipped up a rousing fantasy adventure in the grand tradition of Robert E. Howard,” declared Airship 27 EiC Ron Fortier. “It sweeps across the frozen wastes with a new hero sure to capture the imagination of fans everywhere.”
Next up Pro Se Productions will usher in TOTEM, a New Pulp hero with an ancient past and supernatural burdens. Written by Bullock with cover art by Manny Trembley, TOTEM is a New Pulp hero for a New Pulp age. Two Men, Grandfather and Grandson forever linked by a supernatural totem of power that unites them in one body as the Guardian against the Forces of Darkness. TOTEM will join THE ROOK, YESTERYEAR and other original New Pulp tales at Pro Se. 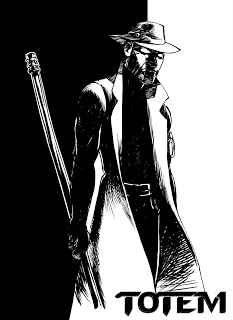