What Literature Should Become Comics? 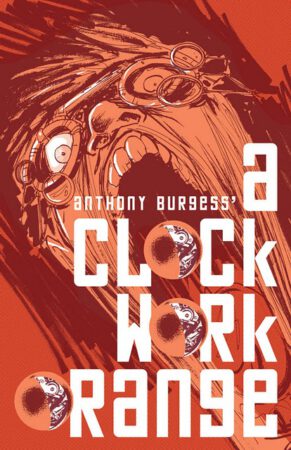 BookExpo America, the largest industry convention for publishers, booksellers, librarians, and other folks in the industry, runs at the Javits Center in New York this week. It’s often used as a stalking ground for movie and TV studios to snap up properties for adaptations, so one wonders– what books should be adapted into comics form, and by who?

There have been a number of interesting translations over the years. The biggest success story of the past few years have included Darwyn Cooke’s adaptations of Richard Stark’s [[[The Hunter]]] and [[[The Outfit]]] and Marvel’s adaptations of Stephen King’s [[[The Dark Tower]]] by Peter David and Jae Lee, but there have been many others, from the recent adaptations of Ayn Rand’s [[[Anthem]]], Marvel’s [[[Wizard of Oz]]] and [[[Ender’s Game]]], Dynamite’s adaptations of Robert Jordan’s [[[The Wheel Of Time]]], BOOM!’s [[[Do Androids Dream Of Electric Sheep]]], longevity champion [[[Conan The Barbarian]]] which has been adapted and extended for over forty years, and reaching all the way back to [[[Classics Illustrated]]], which was your parents’ version of Cliffs Notes and Sesame Street.

More tantalizing are the versions that haven’t been made yet. Phil Foglio and Matt Howarth did their own version of the introduction to Neil Gaiman and Terry Pratchett’s [[[Good Omens]]], and Phil had already adapted the first book of [[[Myth Adventures]]] by Robert Asprin. Now we have Kevin Colden ([[[Fishtown]]]) showing his proof-of-concept for his version of Anthony Burgess’s [[[A Clockwork Orange]]]. Click through to see the first few pages.

What adaptations would you like to see? And by who? [[[American Psycho]]] by Bill Sienkiewicz, or maybe Howard Chaykin? [[[Catcher In The Rye]]] by Dean Haspiel or Evan Dorkin? [[[The Great Gatsby]]] by P. Craig Russell? John Ostrander writing [[[The Thin Man]]], or Mike W. Barr writing [[[Ellery Queen]]]? Personally, I’d love to see Grant Morrison and Frank Quitely take a crack at [[[Brave New World]]]…