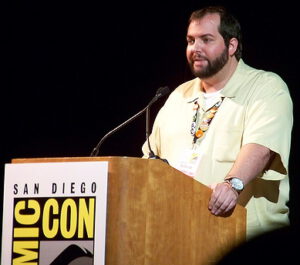 Gregory Noveck has been named to the newly created position of Senior Vice President, Production, Syfy Films, charged with launching projects for the new film company which the two companies announced in December. Noveck will report jointly to Mark Stern, President of Original Content, Syfy and Co-Head of Content for Universal Cable Productions, and Co-Chairman, Universal Pictures, Donna Langley. Noveck will work closely with the Universal and Syfy creative teams to find projects to develop by leveraging Syfy’s experience in developing genre content.

Noveck most recently served as Senior Vice President, Creative Affairs and Executive Producer for DC Comics where he established a new Film and TV division to help deliver quality content by mining the extensive DC Comics library. Feature projects included Batman Begins, The Dark Knight, Watchmen, Red (for Summit Entertainment), and the upcoming Green Lantern, with television projects ranging from Smallville and Human Target to over ten animated DTV features. Prior to that he was Senior Vice President of Silver Pictures Television, developing and producing series and pilots for producer Joel Silver. Noveck previously served as Senior Vice President, Creative Affairs and Producer at Platinum Studios, where he established and grew the Creative Affairs department for Film and Television, overseeing all aspects of production and development. Projects included Cowboys & Aliens (Universal/DreamWorks) and Jeremiah (Showtime).

Syfy Ventures and Universal Pictures joined forces in December 2010 to create Syfy Films, a new film company that will develop and produce Syfy branded theatrical motion pictures to be distributed by Universal. The new entity will leverage Syfy’s genre expertise to produce human and relatable theatrical releases from the worlds of science fiction, fantasy, supernatural and horror. Beginning in 2012, Syfy Films will distribute one to two films a year through Universal Pictures. Mark Stern and Donna Langley jointly oversee the operation.

As for Gregory, he’s certainly shown the ability to do a lot with limited budgets, which will serve him well at his new job, as Syfy, and Universal’s new owner Comcast, have a reputation for keeping a tight control on purse strings. We wish him the best of luck.