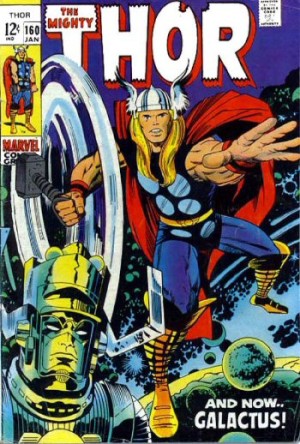 For years, Marvel had shown stories of Galactus, the cosmic devourer of worlds. In this story, the near-unstoppable menace has found a new feast, except it’s not just any planet. It is Ego, the living planet. For the first time ever, these two strange inhabitants of the Marvel Universe finally meet and Galactus is faced with a meal that can truly fight back, a cosmic power that he cannot ignore as mere fuel. A confrontation of incredible scale, with Thor caught in the middle.

Rather than a fantasy genre story, this is an outer space battle that shows just how fantastic Stan Lee and Jack Kirby could be together. This story reveals the true origin of Galactus and delivers an ending you may not expect in a superhero/warrior comic.