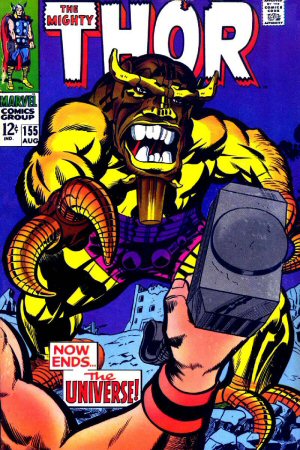 Odin is deep in the Odinsleep, recharging his energies so he can maintain and protect Asgard. Loki, god of evil and mischief, rules in the All-Father’s absence. The warrior Sif is recovering in the hospital. And the Warriors Three are sent on a mission to find the strange, savage villain known as Mangog.

Mangog is not merely an insane menace of great power nor just a beast powerful enough to kill the mighty thunder god himself. If he succeeds in his revenge against Asgard, he will cause Ragnarok, the death of the Norse gods and their mystical realm. This story involves a serious brawl where the god of thunder truly fears he won’t be able to win. And when all is said and done, Thor finally learns why he spent several years living as a human being named Don Blake.