If you’re waiting for “Doctor Who”, we have Comic Relief 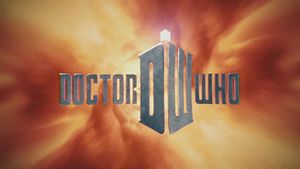 For those of you chomping at the bit for the premiere of the new season of [[[Doctor Who]]] on BBC America in just a few hours, here’s a little preview you may not have seen. This is from this year’s Red Nose Day, which is a fundraiser for England’s Comic Relief. These bits were broadcast on a telethon over there back in March, and as you might expect star Matt Smith as the Doctor, Karen Gillan as Amy, and Arthur Darvill as Rory.

I’ve taken these and shown them with movie preview panels at Lunacon and I-CON this year, and have raised about $300 in contributions from the audience. So if you’re going to watch, you should donate as well.

And now, for your dining and dancing pleasure…

Have you donated yet? C’mon, it’s for charity. Donate, already.

Doctor Who is airing right about now on the BBC, and will premiere at 9 PM EST on BBC America.