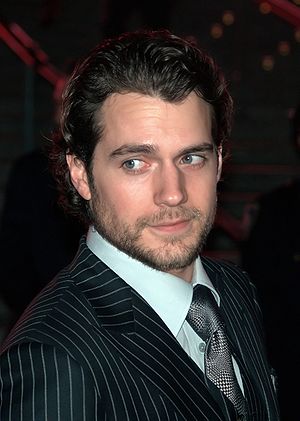 In a bizarre turn of events, Henry Cavill has been pushed out of Zack Snyder’s upcoming “Superman: Man of Steel.” Mr. Cavill’s name had first come up as a likely candidate for Superman when McG was slated to direct in 2002, however as fans remember, McG cancelled out to direct Charlie’s Angels: Full Throttle, and Bryan Singer was locked to replace him in 2004 to direct Superman Returns with Brandon Routh wearing the eminently recognizable red cape and blue tights.

When Henry Cavill was locked as Superman, he was seen as very appropriate and incredibly humble in casting as reported by MTV.com. Between his casting, Christopher Nolan producing and Zack Snyder directing, the “Superman: Man of Steel” movie was going to be what Batman Begins was for the Dark Knight. Further casting details like actors Diane Lane and Kevin Costner as Martha and Jonathan Kent shaped this revitalized Superman movie into a projected fan favorite, but all of that changed this ominous morning. Dallas Smith, Henry Cavill’s agent at United Agents, was unavailable for comment. Repeated calls and emails to producers Chris Nolan’s and Charles Roven’s offices have not been returned, however an anonymous source directly involved at Chris Nolan’s production company Syncopy said that a formal statement would be forthcoming about Mr. Cavill’s abrupt departure as well as something more odd– a new producer and who would be returning to wear the cape.

Jon Peters will be coming on board to “facilitate.” He had been previously been attached as a producer on a Superman movie as early as 1993 and has been associated with Superman through development Hell in the 90s. When pressed to determine exactly how he would facilitate matters, an ugly fact was unearthed. Apparently Nicolas Cage was reportedly paid a $20 million “Pay or Play” contract back when Tim Burton was directing, and he was being vocal about pressing legal action as he claimed he was never paid in full. In order to avoid a lengthy legal battle, Nicolas Cage will be returning to the role he was long rumored to play– The Man of Steel.

Considering how this Superman film has been sped into production to avoid a $50 million penalty to the Siegel & Shuster estates if a sequel to Superman Returns was not made, putting Cage in to save another few million is not a surprise. The real question is whether Amy Adams will stay opposite Cage.

Here’s a photo from Cage’s costume test for Burton: 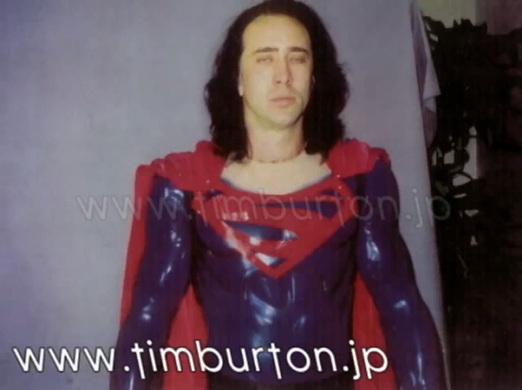