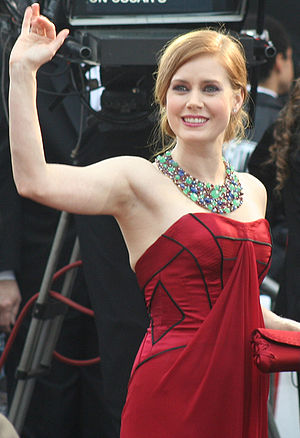 This time around, L.L. will be played by A.A.

Director Zack Snyder reportedly called Adams yesterday in Paris to congratulate her. Somewhat surprisingly, Snyder did not use any of the actresses from his new film Sucker Punch, a $82-million action flick that made $19-million in its opening this weekend.

Earlier this year, Henry Cavill was announced as the Man of Steel. Kevin Costner and Diane Lane were recently cast as Superman’s adoptive Earth parents, the Kents.

This isn’t Adams’s first time with an on-screen Clark Kent; in 2001, she appeared in the first season of Smallville… because somebody from Smallville should make it into the movie.

Joanne Siegel, the inspiration for Lois Lane and wife of Superman co-creator Jerry Siegel, passed away last month at age 93.

The Warner Bros. film is scheduled to be released in December 2012.