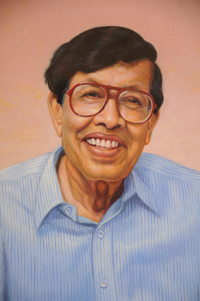 Indians mourned Saturday the death of Anant Pai, known as the father of the nation’s comic book industry, whose vibrant adaptations of Hindu mythology educated and amused young people for years.

Pai, credited with launching a series of comics to narrate Indian epics and folk tales, died of a heart attack at the age of 81 in the western city of Mumbai on Thursday, according to his family.

His very popular comic series Amar Chitra Katha, or Immortal Picture Stories, launched in 1967 with the goal of retelling stories from mythology, and still finds nearly three million buyers each year and is sold in 20 languages.

“We are still in a state of shock,” said Samir Patil, head of ACK Media, which now owns the comic series. “Mr Pai was a pioneer and an inspiration for everyone who worked in the field of children’s entertainment and education.”

Pai began producing comics because he was distressed with what he saw as Indian children’s lack of knowledge of mythology, culture and religion. “If the children of India dream, let them dream of India,” he said in a 2009 interview.

An editorial from the English daily Hindustan Times credited Pai with keeping Indians in touch with their culture and praised his ability to reach out to children.

In 1987 Pai established Tinkle, another comic book series featuring a lively cast of characters that included the foolish Suppandi, Tantri the Mantri, a scheming royal adviser, and a forgetful hunter Shikari Shambhu.

The writer and illustrator was affectionately referred to as “Uncle Pai” among his fans of every age group, who expressed sorrow at his passing.

“A tear and a prayer for the demise of the legendary Anant Pai. He is as much a part of my childhood as my education at school. RIP Uncle Pai,” an Indian actor, Siddharth, tweeted.