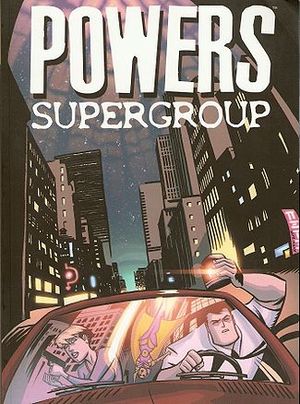 FX has ordered a pilot episode for a series based on Powers, the comic series from Brian Michael Bendis and Michael Avon Oeming.

The network’s SVP of public relations made the announcement yesterday on Twitter. Bendis himself twittered:

Powers pilot was just greenlit by FX! it’s official! your window of reading Powers while it was still cool is running out :)

The potential series is a co-production between FX Productions and Sony, and the pilot episode will be scripted by Charles Eglee, who has bonafides in both mysteries and cop shows (executive producer of The Shield and Dexter and the creator of Murder One) and comics and SF (exec producer of The Walking Dead and creator of Dark Angel).

Powers follows a pair of detectives as they investigate a number of murders in a superpowered world. The creator-owned series was launched by Image Comics in 2000, before moving over to Marvel’s Icon imprint in 2004. A television series has been rumored for years, and was known to be Eglee’s next project after leaving The Walking Dead months ago.

Bendis writes too much stuff for Marvel to list, while Oeming is known for Hammer Of The Gods with Mark Wheatley for ComicMix, as well as Mice Templar, Thor, Alpha Flight, Bluntman and Chronic, Hellboy, Catwoman, and Quixote. Congrats to both of them.