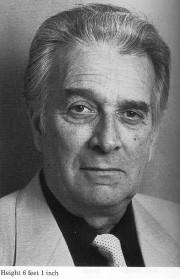 You may have heard that actor and author Nicholas Courtney died this past Monday. I’d like to add a personal note.

First, some background. Nicholas Courtney was best known for playing the part of Brigadier General Alistair Lethbridge-Stewart on the Doctor Who teevee series, as well as many of the original full-cast audio adventures and, in 2008, on the spin-off show Sarah Jane Adventures. He performed with at least eight of the eleven doctors, and had worked on stage and on such famous British shows as The Saint, The Avengers, Yes Prime Minister and The Champions.

I first met Nick at a Doctor Who convention in Chicago nearly 30 years ago. I was one of the organizers, and while we were waiting for our panel on the first day I asked him if he had ever done any radio drama. Given his rich, authoritative voice, I thought he was a natural and I knew radio drama was still alive and well in Great Britain. Nick lit up like a Christmas tree and said he did it, and does it, as often as he could. He absolutely loved the medium.

We became friends and stayed in touch for about fifteen years. When he returned to the role of the Brigadier in the original audio shows, he was very excited and very happy to share. Nick said I was one of the few who would understand his enthusiasm, and that really meant a lot to me.

Overall, Nicholas Courtney played the role for 40 years with only a comparatively brief time off in the middle. That’s really something. During his tenure, ten different actors played the lead along with countless companions and villains, and he outlasted them all. That’s what makes a legend.