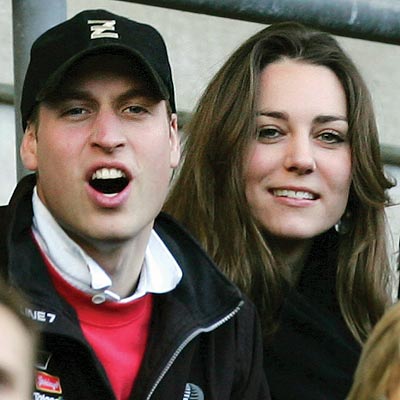 It’s Valentine’s Day, so let’s give you a story about a good old fashioned romance comic, complete with a beautiful woman and a dashing young prince.

Cashing in on the royal wedding hoopla of Prince William and Kate Middleton, the comic Kate and William: A Very Public Love Story has been written by Bleeding Cool‘s Rich Johnston for Markosia and tells the story of the couple’s past in two parts.

The first half is told from Kate’s perspective, with a fictional diary and illustrations in the style of a 1970s girls’ comic by Mike Collins (artist on Thunderbolt and painter of the covers to my Star Trek: Starfleet Corps of Engineers stories). The second half is by the Gary Erskine and follows William from the rugby pitches of Eton to army officer training at Sandhurst before his RAF service, told by newspaper headlines and mission briefings.

Publisher Markosia calls it a “dramatic biography” with two separate stories that “come together in the middle, a fictional look at the wedding day itself, with a kiss. How could it end any other way?”

Kate and William: A Very Public Love Story is set to go on sale in stores and online on April 2 (yes, a Saturday). The wedding is planned for April 29.