How Comics Inspired the Egyptian Revolution 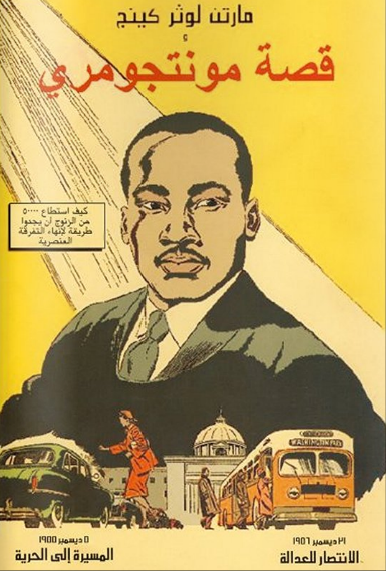 Jesse Singal at The Boston Globe points to the Comics Alliance blog post connecting “The Montgomery Story,” a comic book that relates Martin Luther King Jr.’s philosophy of nonviolent civil disobedience (particularly as it pertained to the Montgomery bus strike) to the recent non-violent revolution in Egypt:

Dalia Ziada, Egypt Director of the American Islamic Congress, arranged to have the comic book translated into Arabic and distributed 2,000 copies across the Middle East. In a newsletter, Ziada described what happened when she tried to get the book printed in Egypt: When, at first, we went to print the comic book, a security officer blocked publication. So we called him and demanded a meeting. He agreed, and we read through the comic book over coffee to address his concerns. At the end, he granted permission to print and then asked: “Could I have a few extra copies for my kids?”

Of course, we aren’t surprised. We’ve known for a very long time that comic books promote truth, justice and the American Way… this is just a bit more than usual.