ALL PULP-GUEST INTERVIEW OF TOM JOHNSON! 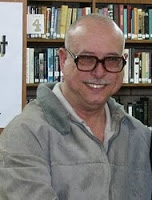 Tom Johnson has published over thirty books with publishers like Filament Books, Altus Press, and now Night to Dawn Books. Characters like the Black Ghost and Masked Avenger has provided grist for his pulp fiction, and Tom has drawn on his experiences in the Army as well. Tom and his wife Ginger helped edit the Fading Shadows magazines and Tales of Mask & Mayhem. Their efforts on keeping pulp alive earned them the Lamont award in 1991, and in 2005, Johnson became among Preditors & Editors’ top ten finalists for Jur: a Story of Pre-Dawn Earth. During the past year, he has created a new science fiction series with Pangaea: Eden’s Planet, and now his sequel, Pangaea: Eden’s Children. His upcoming SF novel, Tunnel through Space, will come out later this summer.

BARBARA CUSTER: When did you first begin writing?

TOM JOHNSON: I was a Desk Sergeant for the Army MPs in France when I first started writing fiction, sometime around 1964 or ‘65. On slow nights, when there wasn’t much activity going on, I got awfully bored while my units were out on patrol, and I enjoyed working out plots and creating characters, then coming up with situations to move the stories along. Unfortunately, I never pursued my interest in writing until after Vietnam. In 1970, I wrote the first two novels in the Jur series in long hand, and hired a professional typist to put the first one into manuscript form. But when the first novel didn’t sell right away, I left the second one in long hand and that’s where they stayed for thirty years.

BARBARA CUSTER: How did your experiences in Vietnam affect your writing process?

TOM JOHNSON: I think the jungles of Vietnam inspired me more than anything. The setting was perfect for an action adventure novel; and we had a few real adventures ourselves over there! Every day was a story, and for anyone as impressionable as me, I could see dinosaurs or ancient civilizations everywhere I looked. When I returned to the States, I had to put my stories on paper. Those lonely nights back in France resurfaced, and I remembered some of those plots and characters I had created, and before I knew it, the stories began unraveling as fast as my pen could move across the page.

BARBARA CUSTER: You enjoyed a great run on Echoes, Detective Mystery Stories, and your other magazines. Do you have any back copies available?

TOM JOHNSON: Yes, Echoes ran from 1982 until we retired in 2004; 100 issues in magazine form, then another 57 issues as a newsletter. In 1995, we started a string of fiction magazines, which included Detective Mystery Stories and others. I think we published over 300 issues of the fiction magazines, and probably had a hundred writers and a dozen artists contributing to the titles. We started a trend that is still going today, although the quality of the publications has improved greatly since the advent of POD (publish on demand) technology. When we retired, we stored a lot of back issues, and occasionally still sell copies.

BARBARA CUSTER: How did you come up with the idea for your Pangaea tales?

TOM JOHNSON: In the Jur novels, there is an ancient civilization called the Gen-sis, or First Ones, that existed with the dinosaurs. However, with Jur, the stories centered around people from the twenty-first century accidentally falling through time portals and finding themselves in the Jurassic Period. But I never really explained who this ancient civilization was, or where they come from. Pangaea begins sixty million years before the Jurassic Period, and tells the story of the First Ones. So, though Pangaea and Jur are connected in that respect, they are two different series; one following the First Ones, the other following people from our own time who encounter the Gen-sis.

BARBARA CUSTER: What do you find most difficult about your work-in-progress?

TOM JOHNSON: That’s easy. Wordage. When I studied in school, we were taught to use all the little helpers available to a writer: adverbs, adjectives, and a lot of passive voice. Today, publishers and editors want shorter sentences, tighter, and less little helpers. Absolutely no passive voice. So, for someone coming from a period when it was all right to use them, to a period in which they are avoided like the plague, I’ve got to add more story in shorter sentences. Sometimes, it is completely alien to me.

BARBARA CUSTER: What do you enjoy most about the creative process?

TOM JOHNSON: Creating characters and plots. I won’t start a story until I have the plot, and I must be happy with my characters in order for the story to work. I want them to be real, not just names on paper. They become someone I know, someone I can connect to. Basically, they are my friends. No matter how flowery the language of the story, if your characters don’t feel real, you won’t pull the reader into the adventure.

BARBARA CUSTER: Your “soul stealer” short stories have gone well for NTD and now for your anthology Blood Moons and Nightscapes. Where did you get your idea for these tales?

TOM JOHNSON: As an accident investigator in law enforcement, as well as a soldier in Vietnam, I saw violent death. A car slams head on into a tree, and what’s left of the driver and passengers can be scrapped off the windshield. Maybe there was a baby, or young child in the front seat. Or a bullet blows a soldier’s face half off – or worse. Death can come when we don’t expect it, and it may be very violent. I would like to think that there are angels – or soul stealers out there, who could help those victims meet that sudden, violent death and cross over. That’s why I created the soul stealer stories, I think.

BARBARA CUSTER: Tell the readers about your latest release.

TOM JOHNSON: Pangaea: Eden’s Children is the sequel to last year’s Pangaea: Eden’s Planet. In Eden’s Planet, a rocket ship from 2023 crashes back to Earth after going through a time warp in space. But the planet they land on is Earth 250 million years in the past, known as the Permian Period, sixty million years before the dinosaurs. However, there are terrible reptiles and other denizens in this period just as awesome as T-Rex. Plus, the crew is aware of a coming catastrophe that will wipe out all living creatures in this period. The story is about their survival. Then, in Eden’s Children, I had to fast forward the scene sixty million years, when the descendants of that rocket ship have resettled the Earth, and the problems they are facing. Pangaea, by the way, refers to the super continent, before it broke apart to form the continents that we are familiar with today. Imagine a world with one continent and one ocean. That was Pangaea, the world as it was then.

BARBARA CUSTER: What advice would you give to a person trying to get their short story / novel published?

TOM JOHNSON: Never give up. It was 32 years from the time I wrote my first novel in 1970 to when it was finally published in 2002. Since then, I’ve written seven fiction novels and numerous anthologies of short stories, as well as nonfiction books. All published. So if your heart is really into writing, then stick with it. The greatest reward is not in the money you make, but the pleasure of creating something others will enjoy. Write every day, as the experience will improve your abilities. And read the current genre of books you prefer, so you will know what the publishers are looking for. But above all, unless your aim is that of becoming a writer-for-hire, don’t compromise your goals just for the sake of being published. Write what YOU are interested in, not what someone else wants you to write.

BARBARA CUSTER: Where may someone order a copy of your books? 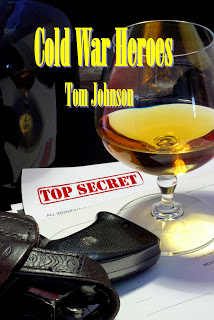 TOM JOHNSON: I try to keep a few copies of my books on hand for book signings and mail orders when someone wants an autographed copy. I can be contacted at blackghost@srcaccess.net But Amazon carries the majority of them also. Plus, you can always order direct through the publishers at Night To Dawn http://www.bloodredshadows.com/newNTDbooks.htm and Altus Press at http://www.altuspress.com/ Aspen Mountain Press is now carrying the electronic version of “Jur: A Story of Pre-Dawn Earth” at
http://www.aspenmountainpress.com/new-releases/jur-a-story-of-pre-dawn-earth/prod_91.html
All of NTD books are being carried in electronic format at Filament Book Club at
http://www.filamentbookclub.com/