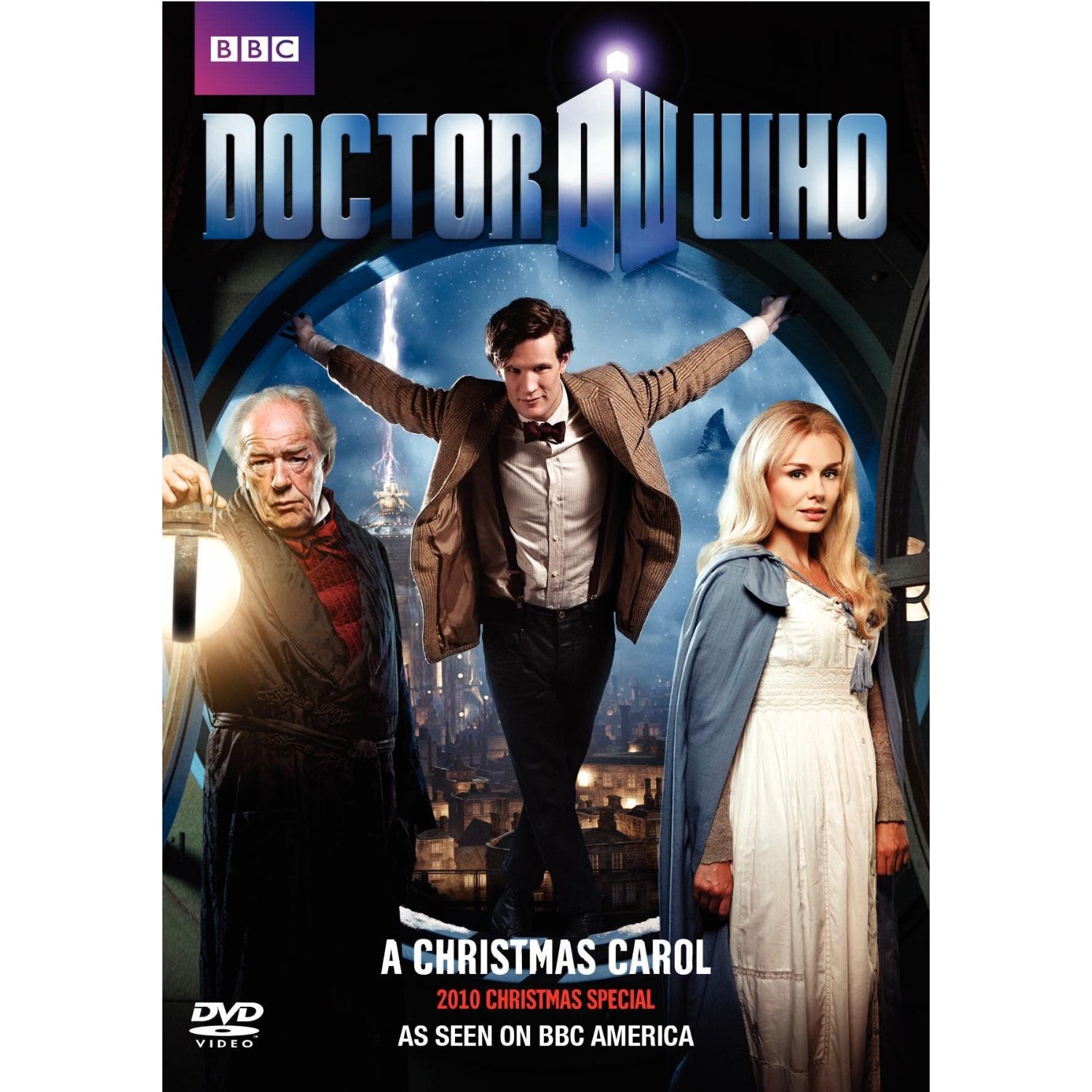 If a television series lasts long enough, it will eventually get around to taking their turn at retelling Charles Dickens’ [[[A Christmas Carol]]] and after fifty years, it was finally the Doctor’s turn. For its annual Christmas special, Doctor Who offered up a strong hour’s entertainment despite the overly familiar premise. Unlike most other versions, this time the Doctor freely admits his inspiration and has great fun with it.

Scrooge in this case is Kazran Sardick (Michael Gambon), an elderly man on a world where his family has controlled the electrically-charged clouds that perpetually envelope the world. Using machinery that only responds to his touch, Sardick follows in his father’s footsteps, controlling the clouds and inhibiting the lives of the people he considers beneath him. In a typically odd Doctor touch, the electricity coursing through the air also allows the planet’s fish to fly through the air.

All of this becomes apparent when the spaceliner carrying newlywed Amy (Karen Gillan) and Rory (Arthur Darvill) gets caught up in an electric discharge and need to be rescued by the Doctor (Matthew Smith) before the vessel crashes into the planet killed all 4003 passengers and crew.

When Sardick refuses to help, the Doctor visits the man’s past to explore how he grew so sour and in the process alters reality. A giant Shark has become their nemesis and can only be calmed by the singing of Abigail, who resides in frozen storage because her family owes Sardick money. She is promised that for every Christmas Eve Sardick and the Doctor will visit, which happens every year, slowly turning the curmudgeon into a softie. Welsh singer Katherine Jenkins makes her acting debut as Abigail and while her singing is heavenly, the lyrics leave something to be desired.

Steven Moffat has written a touching story mixed with the usual glib commentary from the Doctor so you laugh and your feel the tears well up every now and then. Gambon treads a fine line as Sardick and does a nice job while Amy and Rory are sadly left with far too little to do.  Overall, though, the story is very entertaining and is a strong holiday entry. Fans seem to have been taken with Smith as the new Doctor as the 2010 special’s ratings rose over David Tennant’s final special.

The nice thing about the home video release, out this week, is that it is the complete and uncut BBC version as opposed to the BBC American retransmission. As has become custom, we also get the behind-the scenes [[[Doctor Who Confidential]]] and the annual concert,[[[ Doctor Who at the Proms]]]. I’ve come to greatly enjoy the Proms broadcasts because they are artfully presented and we get to focus on the strong music the series normally receives.

And we will have to make do with this before the first half of Smith’s second season arrives in the spring.