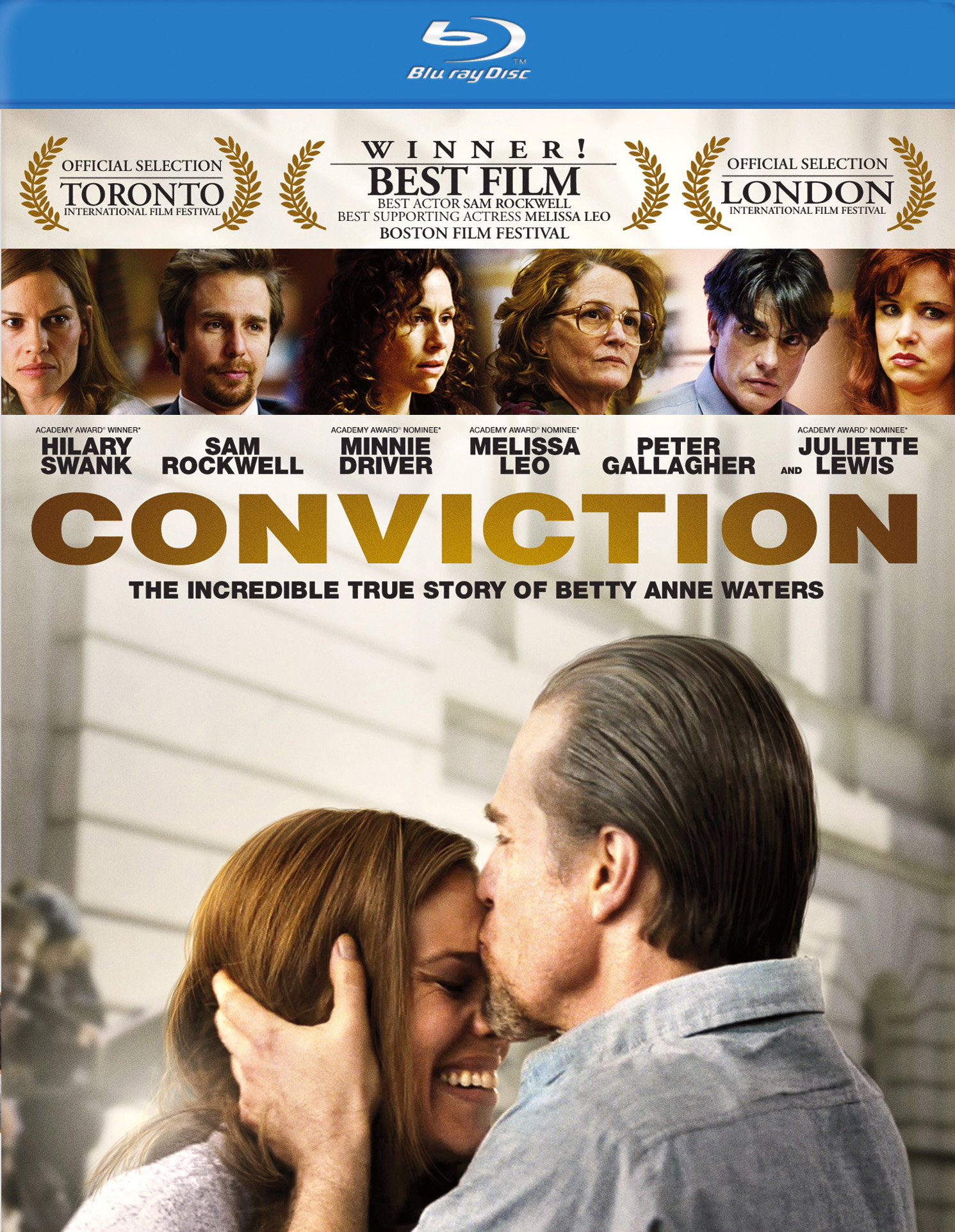 How far would you go for a sibling? A lot of drama has been produced of late showing organ transplants and similar sacrifices but while major events, are relatively short-term activities. Imaging spending eighteen years working to help a brother in jail. [[[Conviction]]], a movie starring Hilary Swank and Sam Rockwell as the siblings, takes an amazing true story and turns it into a compelling drama.

The children had a rough, lower socio-economic upbringing, relying on one another for companionship and protection. As adults, they married and lived near one another until Kenneth Waters was arrested and charged with murder. Betty Anne believed him to be innocent and after he was sentenced to life without parole, worked to overturn the conviction. The married mother of two, she chose to get her GED and then enroll at Roger Williams University to obtain her law degree. The dogged dedication cost her marriage and nearly her relationship with her sons, but she couldn’t rest with Kenny in jail.

The movie, which opened in the fall, comes to home video tomorrow in a stripped down Blu-ray or standard DVD from 20th Century Fox Home Entertainment. As directed by Tony Goldwyn, the movie tightens its narrative focus to Betty Anne and her efforts to graduate pass the bar and find the evidence lost in storage so it could have modern-day forensic DNA testing performed to confirm his innocence. She finds herself befriended by Abra, another older law student played by Minnie Driver and both are joined by Barry Sheck (played by Peter Gallagher) of [[[the Innocence Project]]].

As a result of such telescoping, Betty Anne and Kenny’s older brothers vanish from the telling as does their mother, who is seen as ineffective resulting in the children spending some time in foster care. Events are compressed for more dramatic storytelling and turn Massachusetts Attorney General Martha Coakley into a politically-motivated antagonist.

The film, instead, relies entirely on the performances of Swank and Rockwell. Neither resembles their real life counterparts but Swank’s steely performance is in line with her stellar work in [[[Million Dollar Baby]]] and [[[Iron Jawed Angels]]]. Rockwell, the real Betty Anne says on the disc, truly became the swaggering Kenny, who visibly ages and is frequently on the edge of despair during the nearly two decades he sits in jail. Supporting them are Driver and Melissa Leo, who is the cop who antagonizes Kenny throughout. Juliette Lewis once more plays white trash and delivers her usual fine work.

The movie ends with his freedom regained and we’re later told the murder remained unsolved and the state paid out for the wrongful imprisonment. What audiences don’t learn until the 10 minute featurette, a conversation between Betty Anne and director Tony Goldwyn, is that six months later, Kenny fell in an accident and died.

On disc, the movie looks and sounds fine. It’s a shame such a compelling tale is augmented by merely the one featurette, showing a lack of faith from the studio.