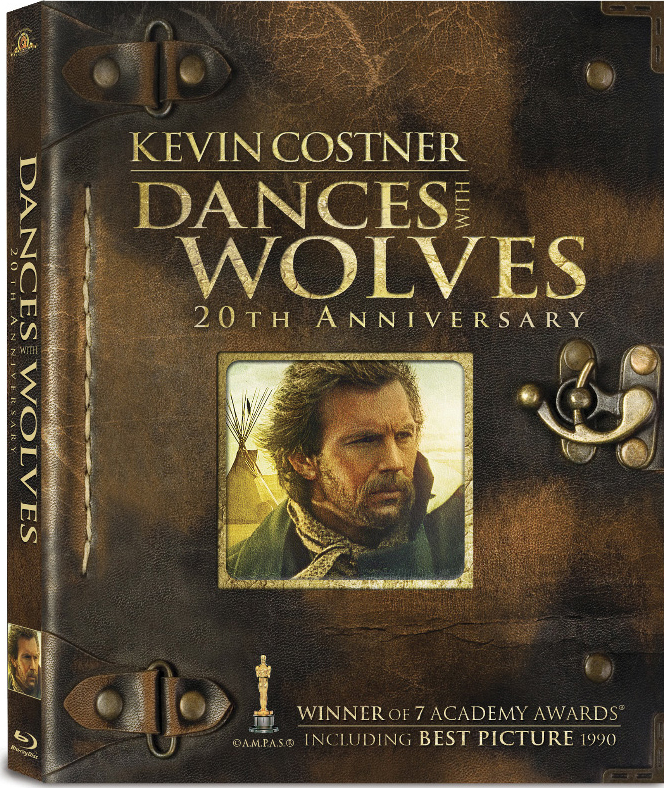 You never know when magic will happen. You tell a friend to go write a story. He goes and does his research, getting very excited by the prospects and writes. He reads to you the finished novel and it moves you in unexpected ways. Since you’re a film producer, you decide you want to adapt this to the screen. Somehow, you convince someone to publish the book while you go out and raise the $132 million you know in your heart it will take to make the film. Along the way, a third friend, equally moved by the book, convinces everyone that he not only wants to star in the film, but make his directorial debut. Everyone agrees and suddenly, you’re shooting in South Dakota. A year or so later, the movie tests through the roof. Audiences have responded with enthusiasm. Your peers honor you with twelve Academy Award nominations and you win seven. When you weren’t looking, you not only conjured up magic but you made an important film.

And that is what happened with [[[Dances With Wolves]]], the three-hour long story of John Jay Dunbar, a wounded Civil War veteran who asks for a remote assignment out in the frontier, noting he wants to see it before it’s all gone. While out in the wild, he slowly recognizes the beauty of America and the nobility of the Native Americans, many (including Wind in his Hair [Rodney A. Grant] and Kicking Bird [Graham Greene]) who cautiously befriends him. Dunbar also discovers a white woman, who was raised by the Lakota and renamed Stands with a Fist (Mary McDonnell). She serves as his guide to a world he falls in love with, making him unique among his fellow man.

Kevin Costner did a marvelous job taking his friend Michael Blake’s novel and turning it into a movie that reminded Americans of those who dwelt here first and still linger on their reservations. He let the story unfold slowly, with marvelous cinematography, making American the Beautiful once more. He filled the cast with many Native Americans, many who needed to relearn their native tongue. Coupled with John Barry’s stirring score, the movie transports you to another time and another way of life. When it was released 20 years ago, it also sparked a new dialogue over the plight of the Native Americans and just how cruel the settlers were. The Library of Congress thought it significant enough to add it in 2007 as one of the culturally significant films to be preserved.

In case you missed this excellent movie, 20th Century Fox Home Entertainment has released it as a 20th Anniversary two-disc Blu-ray event. The first disc is an extended version of the film, now running 3:54 and frankly the extra 55 minutes Costner tucked back in doesn’t necessarily make it a better story. Instead, we are treated to lots of extended views of the land and the people moving across the land. It’s all beautiful but doesn’t necessarily add to our enjoyment of the story.  The film is brilliantly transferred to high-definition with rich colors. The new DTS-HD Master Audio 7.1 is also most welcome. 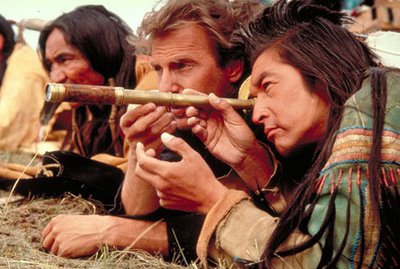 You also are treated to two audio commentaries (Kevin Costner and
Producer Jim Wilson on one, Director of Photography Dean Semler and
Editor Neil Travis on the other), both holdovers from the standard DVD
release. There’s also a Military Rank and Social Hierarchy Guide, a
variation on the trivia tracks that can be found on many films these
days. This is good mainly for the history buff. Similarly, as you
prepare for your social studies test, you can practice with the Real
History or Movie Make-Believe?, a true-or-false quiz that does not grade
on a curve.

The second disc is all bonus material, much of which is carried over
from previous releases. You do get a brand new A Day in the Life on the
Western Frontier, a 20 minute look at how settlers really lived during
the period covered by the film. It’s a welcome addition since it helps
ground the narrative. Then there’s the immersive one hour-plus
seven-part The Creation of an Epic – A Retrospective Documentary. Under
the Vignettes menu, you also get Original Music Video Featuring Music by
John Barry, Second Wind, a look at the editing process, Confederate
March and Music, spotlighting the Civil War re-enactors, Getting the
Point, demonstrating how a bow and arrow attack was filmed; Burying the
Hatchet, a similar sequence but using a different weapon; Animatronic
Buffalo , demonstrating how no animal was harmed during the making of
this film.

The disc is rounded out with TV advertisements, the Theatrical Trailer, a
Poster Gallery, and a Dances Photo Montage with introduction by still
photographer Ben Glass. All of the above is a mix of standard and
high-definition footage.

A stirring, well-told tale, with wonderful photography and gripping
performances, you don’t want to miss seeing this. In an ideal world, we
would have been given a choice between the theatrical release and the
bloated director’s cut, but it’s worthy of your time and attention.