Review: ‘Scott Pilgrim vs. the World’ 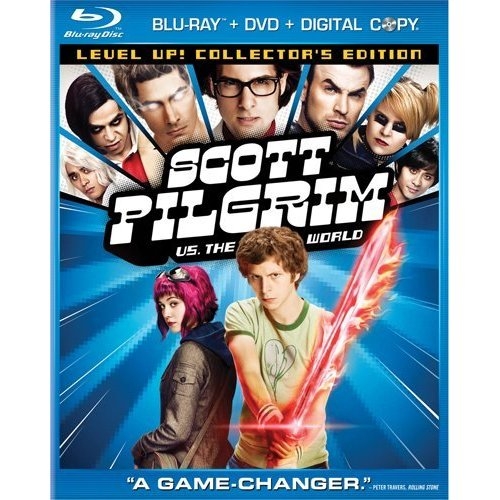 Let me start by telling you right off that I enjoyed watching [[[Scott Pilgrim vs.the World]]] because it was a visual delight with an appealing collection of performers. As other reviewers have noted, this film was the best feature to adapt the video game playing experience to the screen. Universal Pictures gets credit for giving the production crew the freedom to play with everything from their opening titles through the graphics and sound effects.

The movie, despite an aggressive and pervasive marketing campaign, crashed and burned in August and the answer to that disconnect may well be in the story and characters. At its core, Scott Pilgrim is a love story or a series of love stories but you are left to wonder what the attraction is.

Scott (Michael Cera) is a 22 year old slacker with no apparent profession, about to be tossed from the dingy apartment he shares with his best pal, the very gay Wallace Wells (Kieran Culkin). Whenever he’s not aimlessly wandering about, he plays bass in the band Sex Bob-omb and is said to have gone through numerous girlfriends during his high school years but it’s been a year since his last major breakup. To compensate, he’s been chastely dating Knives Chau (Ellen Wong), a 17 year old high school student.  That is, until he spots the pink-haired Ramona Flowers (Mary Elizabeth Winstead) at a party.

Before even exchanging a hello, he has learned that the pretty girl has a powerful and somewhat awe-inspiring reputation. But here she is, living in Toronto and seemingly employed as a delivery person. He falls for her and she seems to blithely accept this and then comes the price to be paid for dating this woman. Scott must defeat Ramona’s seven deadly exes which forms the spine of the film set against a Battle of the Bands competition. 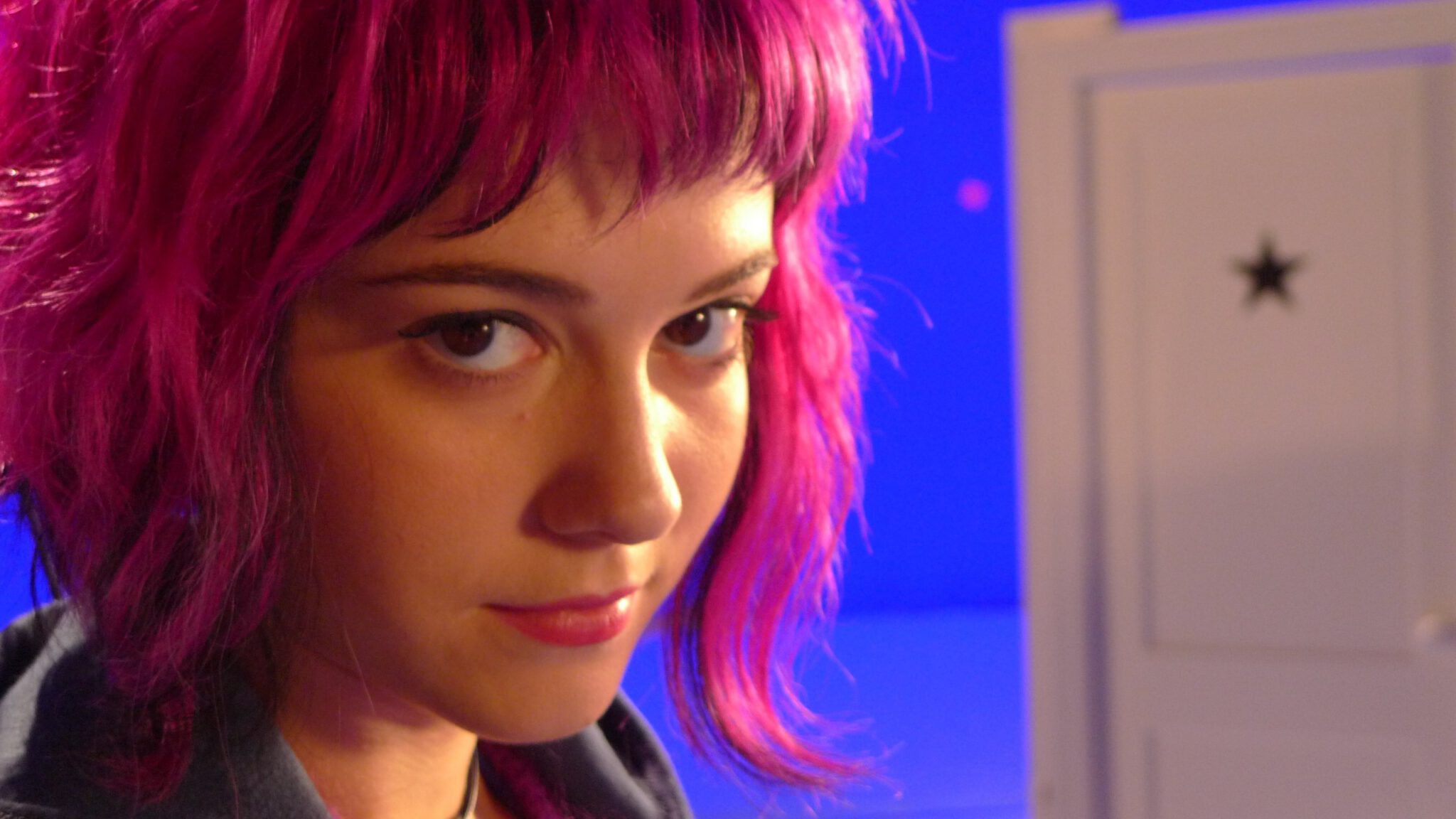 There’s zero chemistry between the performers and each of the exes (a
well-cast lot from Chris Evans to Brandon Routh to Mae Whitman) appears
way too old for her, especially those she is supposedly the same age as.
The thrill is watching the characters do battle but there’s zero
internal logic for how someone as weak-willed and clueless as Scott to
suddenly possess powers and abilities that would make him the deadliest
Street Fighter in Canada. And then there’s the final faceoff between
Scott and the man who refuses to let Ramona go, the slick and evil
Gideon (Jason Schwartzman).

Bryan Lee O’Malley fused a Manga-esque art style with a video game
inspired series of six graphic novels. He celebrates slackers and gamers
and true love and the Oni Press books are well worth reading. Visually,
the movie, written and directed by the wonderful Edgar Wright, adapts
the stories’ visual luster but fail to adapt its heart and soul. Trying
to cram all six books into one two hour feature was probably too
ambitious an attempt. Comic book visual storytelling tricks are nicely
adapted which helps the movie’s overall pacing but might also add to the
mass audience’s general confusion. Maybe this wasn’t made for them, but
without their ticket purchases, the movie stands to lose money. As of
this review, the film has earned $46,802,535 worldwide, far short of the
$60 million budget.

The movie, now out on DVD from Universal Home Entertainment, is a visual
feast and one of the most packed Blu-rays I’ve seen in quite some
time.  The combo pack comes with the usual Blu-ray, DVD, and digital
copy but trust me, this is a film made for high definition. It is bright
and colorful and chock full of imagery you want to see in sharp detail.
Similarly, the music and sound effects beg for a home theater system
and the transfer are quite sharp. The Blu-ray is jam-packed with extras
starting with four separate commentaries (one with writers Wright and
Michael Bacall along with O’Malley; Wright and director of photography
Bill Pope; Cera, Schwartzman, Winstead, Wong, and Routh; and finally,
Anna Kendrick, Aubrey Plaza, Culkin, and Mark Webber).

Additionally, there’s the U-Control which gives you access to countless
storyboards (a blend of O’Malley’s panels and new work from Oscar
Wright) that can be seen via picture-in-picture. Or you can watch the
film with the amusing Trivia Track that pops up with all sorts of odds
and ends, some amusing, mostly not vital to your enjoyment of the film.

Of course, there are nearly 30 minutes of Deleted Scenes which is really
a blend of 21 alternate takes and extended sequences. Some are missed
from the final cut and all demonstrate the filmmaking process. There’s
an addition 19 minutes of Alternative Footage marked “Alternative Edits”
and “Bits and Pieces”, the latter being improvisational moments
attempted during filming.

Not enough? How about Bloopers, Adult Swim: Scott Pilgrim vs. the
Animation (highlighting the relationship between Scott and drummer Kim),
a 50-minute Making Of documentary, a 16 minute “Music Featurette”, “You
Too Can Be Sex Bob-omb”, Pre-Production (five featurettes);
“Pre-Production Footage” (animatics, comic art, rehearsals, test
footage, storyboards, etc.); casting footage; “Props, Rigs, and Sets
Montage”; 20 minutes on the amazing Visual Effects; a too-brief
Soundworks Collection: Sound for Film Profile; all of Edgar Wright’s
vlogs; Music Promos; Scott Pilgrim vs. the Censors: The TV Safe Version (
a four minute collection of the audio changes Wright made for prime
time); extensive Galleries; and finally Trailers.

It’s an exhausting collection of material but its why DVDs can’t be
replaced by streaming video time soon. If you enjoyed the graphic novels
or the feature or are just curious, this giddy, adrenaline-fueled film
comes highly recommended.