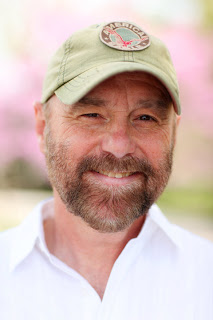 AP: Tell us a little about yourself and your pulp interests and your mission to make manly comics.

BEAU: I’ve been writing comic books since 1987 as well as marketing them. I was in the third grade when I decided that I wanted to “make” comic books, I was always entranced by the colorful art and characters and spent the next few decades trying to figure out how I was going to put a check beside this goal of mine. Being from a smallish town in West Virginia, it wasn’t easy. Even as a kid I had been drawn to the pulp style painted covers of the magazines and paperback books I would see at the newsstand and drug store. I believe it was Argosy or Stag Magazine that mesmerized me with their sometimes lurid, yet adventurous covers of a manly man saving a beautiful woman with torn clothes from some wild boar or crazed Nazi. I wanted to read and write that kinda stuff.

AP: How did you get your start as a writer and how did it lead to marketing gigs?

BEAU: Tim Truman, creator of SCOUT and co-creator of GRIMJACK, gave me my first break in comics. Tim and I had met at Chicago Con around 1984. We found out we are both West Virginia boys and that set the cart off to full throttle. We also shared the same interests in comics, film, TV and books. Tim introduced me to Dean Mullaney who was the publisher of Eclipse Comics. It seemed at the time (1987) they were in need of a Sales Manager in the direct market. Since my background was sales and marketing, as well as knowing comic books, Tim hooked me up with a meeting with Dean at the American Book Sellers Association in Washington D.C. It was there I also met Chuck Dixon who was also a buddy of Tim’s and writing Airboy for Eclipse. Things started to roll and next thing you know, Dean hired me and Tim asked me to write a one page gag strip in the back of SCOUT called “Beau LaDuke’s Tips For Real Men”, based on the character that Tim and I co-created as a supporting cast member in SCOUT. (The character just happened to look like me…) So there I was in my early 30’s making my third grade dream come true. I wished I had gotten the job a little sooner, but life does tend to throw curve balls at you from time to time. 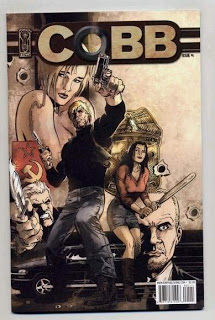 AP: As a Marketing Advisor you’ve worked for several companies and recently joined IDW Publishing’s Library of American Comics imprint (which includes some pulp like comics within its vast amount of material) as its new Director of Marketing. What can we expect to see from this imprint?

BEAU: We want to continue to collect and publish important comic books and comic strips that have been the foundation to the comics we read today. Readers need to know the history of comics and see where the influences and traditions have come from if they expect to grow into the future. The upcoming Genius Isolated: The Life And Art Of Alex Toth http://www.libraryofamericancomics.com looks to be one of the most anticipated releases in our catalog of books yet. It will appeal to not only readers, but professionals on all sorts of creative levels as well.

AP: There seem to be many different opinions about what can be defined as pulp. How do you define pulp and what do you look for in a pulp story as a writer and a reader?

BEAU: Pulp is like trying to describe the term pop culture, it’s hard to pinpoint it to one certain arena. Personally, I’ve always related pulp to that of noir. A traditional sense of thrilling stories with a grit to it. It’s adventure with a moodier light cast on it. You have examples of Doc Savage, The Shadow, Mike Hammer, there are just so many variants, nothing wrong with that. I like a big canvas. I look for that peculiar slant on adventure or sci-fi that you don’t usually get from mainstream. If someone were to suggest a new book and say “Well, it’s kinda like Tarzan with a sci-fi twist.” I would be the first person to order it. I believe it’s a mix of traditional with a new layer.

AP: Where can readers find information on you and your books?

BEAU: as always, folks can find out what recent crimes I’ve committed on my official website www.flyingfistranch.com or find me on Facebook (Beau Smith) and Twitter. (BeauSmithRanch) As far as the work we’re doing at The Library Of American Comics we have the website http://www.libraryofamericancomics.com and the IDW Publishing webiste www.idwpublishing.com 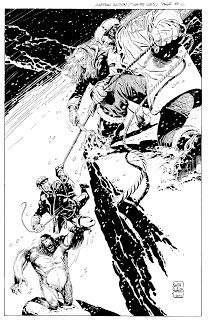 BEAU: In December 2010 from IDW Publishing, I will have my new original graphic novel, Wynonna Earp: The Yeti Wars (Full color, 104 pages, $17.99) In January from Moonstone, you can find an action packed Classic Captain Action story that Eduardo Barreto and I are doing called “White Lies.” It’ll be in the Captain Action Winter Special book. I also have a new project, a full blown western coming up from a major publisher for 2011, but that’s all I can say right now on that.

AP: Do you have any shows, signings, or conventions coming up where your fans can meet you and buy you a beer?

BEAU: I will be a special guest at this year’s Mid-Ohio Comic Convention in Columbus Ohio. (November 6-7) http://midohiocon.blogspot.com I hope a lot of folks come by and see me there. I ain’t much to look at, but I can talk the skin off a chicken.

AP: And finally, what does Beau Smith do when she’s not writing, marketing, or kicking ass?

BEAU: I don’t know about the kicking ass part, I’m not getting any younger. I might have to let a ball bat do the majority of the talking for me these days, but mostly I read (A lot!), do five miles a day, work with weights three days a week, watch some fine TV like Human Target and Burn Notice as well as some movies that interest me in a manly sorta way. I walk my dogs, my wife and I enjoy the empty nest thing and I try and run my son’s adult lives as much as I can. I have lunch with my long time buddies once a week and discuss things only adults with 12 year old brains should talk about and I guess that’s about it. If I did anymore we’d hear police sirens in the background.