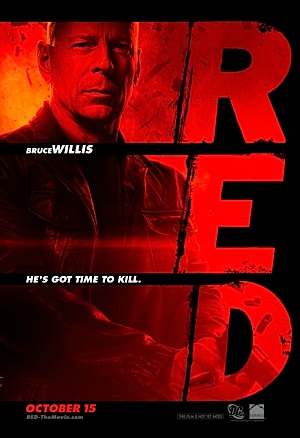 , by Warren Ellis and Cully Hamner, don’t worry. The movie version is to the comic book as Blade Runner was to Philip K. Dick’s novel Do Androids Dream of Electric Sheep? That is, Red takes the comic book’s basic concept—a retired CIA assassin, Frank Moses, finds himself under attack and comes out of retirement to deal with the problem—and then spins it off in a new direction. In this movie’s case, that direction is a fast, fun film with a fantastic cast, great action, great lines, and more than a little bit of humor.

Let’s start with the cast. You’ve got Bruce Willis, Morgan Freeman, John Malkovich, and Helen Mirren. That’s a fantastic lineup all by itself. But then throw in Mary Louise Parker, Karl Urban, Brian Cox, and Richard Dreyfuss, and this movie could be about pretty much anything and it would still be fun. Hell, I’d watch that group doing an improv of strangers meeting in a supermarket checkout line!

But don’t worry about the plot. It’s there. Oh, is it there. And it all works. It’s straightforward enough to follow without a problem, but has plenty of depth to keep you interested. There aren’t any of those cinematic asides Hollywood is so fond of these days, either—I think there’s all of one flashback, and it’s short and to the point.

There’s also a lot of humor to this movie. Plenty of laugh-out-loud moments, especially with Willis and Mirren’s droll delivery, Freeman’s cheerful amiability, and Malkovich’s off-kilter antics. If anything, Malkovich steals the show, but only barely. This isn’t a group you can steal much attention from. 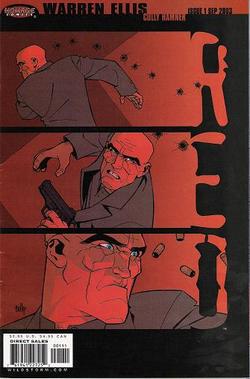 There’s a lot of violence, of course. But no real gore. No nudity either, and not much profanity. Plus the light tone and the romantic element offsets all the talk about killing and killers. The film’s rated PG-13 and I think that’s fair.

One of the best things about this movie is that you can tell everyone had a great time making it. Willis is definitely on as the calm, cool, slightly amused Frank Moses. Malkovich is perfect as the addled but still deadly Marvin. Parker is delightful as the confused but sweet Sarah. Mirren is wonderful as the wickedly serene Victoria, Freeman is endearing as the easy-going but utterly competent Joe, Urban is excellent as the focused and competent Cooper, and Cox is charming as the smooth-talking Ivan. And watch for a cameo by screen legend Ernest Borgnine.

Red is definitely a movie well worth seeing. If you’re anything like me, you’ll walk away grinning—and with a new appreciation for postcards from cities around the world.