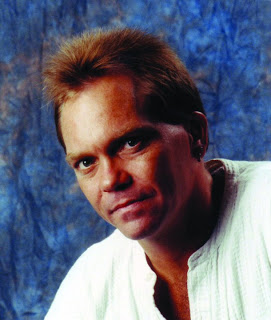 AP: Hi, Tim! Please take a seat. I want to thank you so much for permitting ALL PULP and myself the opportunity to interview you. Would you care for a cup of coffee or tea, a tall, ice-cold glass of lemonade, loganberry or sweet tea? I’d offer you an espresso but the diminutive alien that lives in our machine has invited some friends over to convert it into a transtemporal spaceport!
TS: You know, I have that same problem and have just given up on espresso. By the way, the little buggers are called Pithians, and there is an interesting anecdote about them in my book. I’ll have a small shot of Satchel’s Fire Water if you have any. I just love the flavor, and the little flames that burst out of your mouth after each sip are a real hoot.

AP: Salber? Is that French? How did you meet Tim Storm? Are you old school chums?

TS: Salber is actually of German origin and means “Salve Maker.” My early ancestors must have been alchemists of sorts. I’ve used the stage name “Tim Storm” for many years as a musician, as my pen name, and also when signing my artwork. I started singing for a rock band during my high school years, and our drummer enjoyed doing things to get my dander up. When I would get angry he would tell me “Calm down, Stormy.” I eventually realized that he was simply having fun with me, somewhat like the friendly rivalry between Monk Mayfair and Ham Brooks, so I took it all in good humor and started using the name. It sounded more like a name worthy of a pulp hero, or rock star than my given surname.
AP: Are you a native of Florida? Where were you born and raised? Could you tell us little about your family as you were growing up?
TS: My father worked as an engineer for NASA during the Apollo program. Having grown up and lived most of my life near Kennedy Space Center, I was lucky enough to have the opportunity to view countless launches of the Apollo and Saturn rockets, and eventually the Shuttle missions from my own back yard. Naturally, I became interested in the exploration of space and how it might play a role in mankind’s future. The space program stimulated my imagination, and I eventually began to wonder and speculate about the grander mysteries of the universe, such as the relationship between time and distance, as well as the anomalies of space, so these are some of the elements that are crucial to the plot of Magenta Zephyr and the Universe Bender. To quote from the book; “The universe is populated with phenomena that defy human understanding and challenge the laws of physics as we understand them. It is a boiling cauldron of cosmic soup peppered with unique singularities that blur the distinctions between matter and energy and distort the very fabric of time and space.”
I have one brother and three sisters and, although we all pretty much had our own interests growing up, we are a very close family as adults and we try to get together as often as possible. I am happy to say that my family members are some of my closest and most respected friends, though I am really the only one of my immediate family who is so immersed in the arts. Neither of my parents and none of my siblings have had the inclination to follow that path. I don’t really know why I seem to pursue all of the arts with such fervor. I’m always thinking creatively and just seem to view life as one big opportunity to continually create something interesting and unique. Maybe it’s because I so admire the great creative minds that have contributed in a positive way to our culture.
AP: What kind of books did you read when you were young? What led you to start writing fiction? What were your favorite TV shows? Did you participate in school sports? Do you remember the first movie you saw?
TS: As a boy I was first inspired by reading Mark Twain’s works featuring Tom Sawyer and Huckleberry Finn. My friends and I would build our own rafts and travel through the canals and swamps throughout Brevard County, FL and I began to realize that you can create your own adventure simply by exploring the world around you. Around the age of nine or ten I began to develop an insatiable desire to read everything I could get my hands on, and decided that I would like to create my own adventures to share with others.
During my teenage years I was deeply moved by the themes and style of Ken Kesey’s book One Flew Over the Cuckoo’s Nest. Other authors whose writing had a deep impression on me are Tom Robbins and Kurt Vonnegut, Jr. I really enjoyed their unconventional writing style and it helped me to understand that you can really create your own unique voice as an author. Some of my favorite authors are Robert A. Heinlein, Mark Twain, Edgar Allen Poe, Arthur Conan Doyle and Edgar Rice Burroughs. As far as modern authors, I love any well-written mystery or thriller with a unique protagonist.
I’ve always had a vivid imagination, and wrote my first novel at the age of fourteen. It was a detective novel set during the Great Depression and featured two young friends who had a penchant for solving crimes. Since then, I have developed a great number of story outlines and intend to develop them further in the future. Right now, I’m focusing on promoting Magenta Zephyr and the Universe Bender, but hope to get back to spending more time focusing on my writing soon. Many people have inquired about the sequel, so I suppose I really need to get cracking on that . . .
Some of my favorite shows while growing up were Star Trek, Night Gallery, The Twilight Zone, Night Stalker, and (believe it or not) Leave it to Beaver and The Andy Griffith Show. Though most of these were older programs and in syndication at the time. 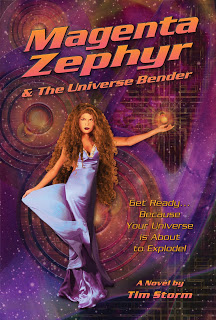 TS: The biggest challenge in completing the book was finding the time to write while
working full-time and keeping up with other daily obligations. It’s also difficult, as an author, to find that fount of inspiration and maintain enthusiasm for writing while dealing with the pressures that we face in this modern world. They’re the same challenges we all face, day to day, in motivating ourselves, setting priorities, taking care of our responsibilities, and making time to do what’s most important to us.

AP: What did you learn about writing you didn’t know before?
TS: I suppose it’s the same in any field, but I didn’t realize that writing is an art that requires an immense amount of dedication and personal discipline. While writing a book, an author has to really immerse himself in the characters and the world he is creating in order to maintain continuity in plot and style. If you’re not already a successful novelist, time is a precious commodity, so an aspiring author has to sacrifice leisure time and curtail their social life if they really want to fulfill their aspirations and complete a book. In learning how much effort it really takes to maintain focus and complete a full-length novel, I developed a deep respect for authors and professional writers.

AP: What’s next for you as a writer? 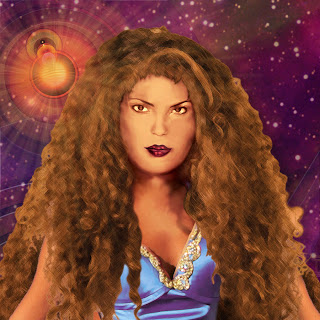 TS:I am currently working on an outline for the sequel to Magenta Zephyr and the Universe Bender, and I intend to write a series of books chronicling her adventures. I am also writing and illustrating a children’s book titled, Linus Hart, Private Eye, featuring a young lion in the title role and a cast of animal characters that I’ve developed over the past few years. In this particular book, I plan to include puzzles and educational elements, such as vocabulary and math exercises for young readers. I have numerous other projects in development including some treatments for animated cartoon series.
AP: Any parting shots? Someone you would like to say “Hello!” to? Something you’d like to unabashedly promote?
TS: Magenta Zephyr and the Universe Bender is published by iUniverse and is available at iuniverse.com, barnesandnoble.com, amazon.com, and other online retailers. Anyone interested in learning more about the book or purchasing it can visit the official web site at www.greatcosmicbook.com or the Magenta Zephyr web site and leave some quotes of their own.www.magentazephyr.com. Also, anyone interested in hearing my music can listen to clips and purchase tracks at www.cdbaby.com/cd/timstorm http://www.cdbaby.com/cd/timstorm

AP: Thanks again, Tim, for graciously allowing us the opportunity to interview you on behalf of ALL PULP! Good Luck and God Bless You on your current and future endeavors!!

TS: My pleasure, Sarge! I really appreciate the opportunity to share my love of the pulp genre and shamelessly plug my book!