MOONSTONE MONDAY-CHARACTER SPOTLIGHT ON THE SPIDER!! 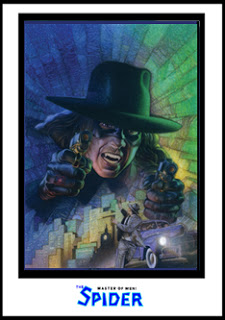 Character currently written by and profile completed by MARTIN POWELL

1. The Spider’s secret identity is…?
Richard Wentworth
2.  In five sentences or less, The Spider’s origin is…?
The Spider’s true “origin” currently remains unknown.
3.  The Spider’s first appearance was…?
The Spider, vol. 1, no. 1, “The Spider Strikes”, October 1933
4.  The Spider’s most recent appearance was…?
The Spider is a part of the RETURN OF THE ORIGINALS comic line from Moonstone!
4.  The 5 most important people in the Spider’s life are…?
Nita Van Sloan, Ram Singh, Ronald Jackson, Commissioner Kirkpatrick, and Professor Brownlee
5.  The 3 top villains the Spider will face in the new series are…?
The Dreamer, The Thunder King, and the return of his classic pulp nemesis, The Fly.
6.  The Spider’s greatest fear is…?
That he may be insane.
7.  If the Spider couldn’t be there to save the day, the person he would pick to take his place would be…?
The Spider knows that only he is capable of successfully fulfilling his mission.  There are others whom he relies on, but ultimately there is only one Master of Men.
8.  Links for more of The Spider include…?
http://www.moonstonebooks.com/ 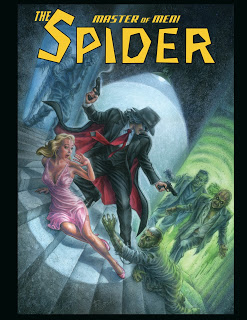