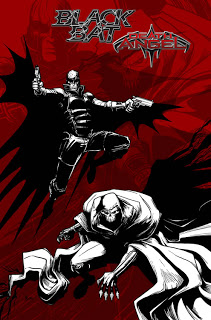 2.  In five sentences or less, Death Angel’s origin is…?

It all happened that night- when the Reverend came into my room for the last time… he-he was supposed to protect us, look out for us. How could he… S-she came that night. And she punished the Reverend. Made sure he’ll never harm another child again.

3.  Death Angel’s first appearance was…?
Isn’t that what I just told you? (Moonstone’s THE PHANTOM: Double Shot KGB Noir #1)

4.  Death Angel’s most recent appearance was…?
Last night. (Moonstone’s BLACK BAT comic, available now!!!)
5.  The 5 (at most) most important people in Death Angel’s life are…?
All I have is Walter. He was my grandfather’s right hand man. He kinda treats me like his own daughter. That’s nice… 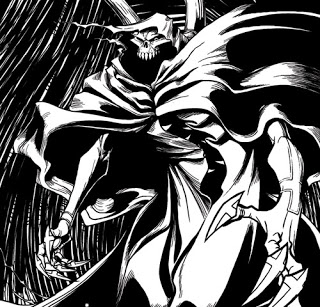 None of them deserve the recognition. They’re scum and once she’s wiped them off the Earth, their names should never be uttered again.

10.  Death Angel’s favorite food is…
She’s not like us. She doesn’t eat or drink, she just thirsts for vengeance…
11.  If Death Angel couldn’t be there to save the day, to take her place, she would pick…?
She would be there.
12. Links for more of Death Angel include…?
There are no links. A reporter got some pictures once, but she destroyed his camera. When he went to his editor with the story, they put him on a leave of absence for “mental stress”. (www.moonstonebooks.com!!)
Share