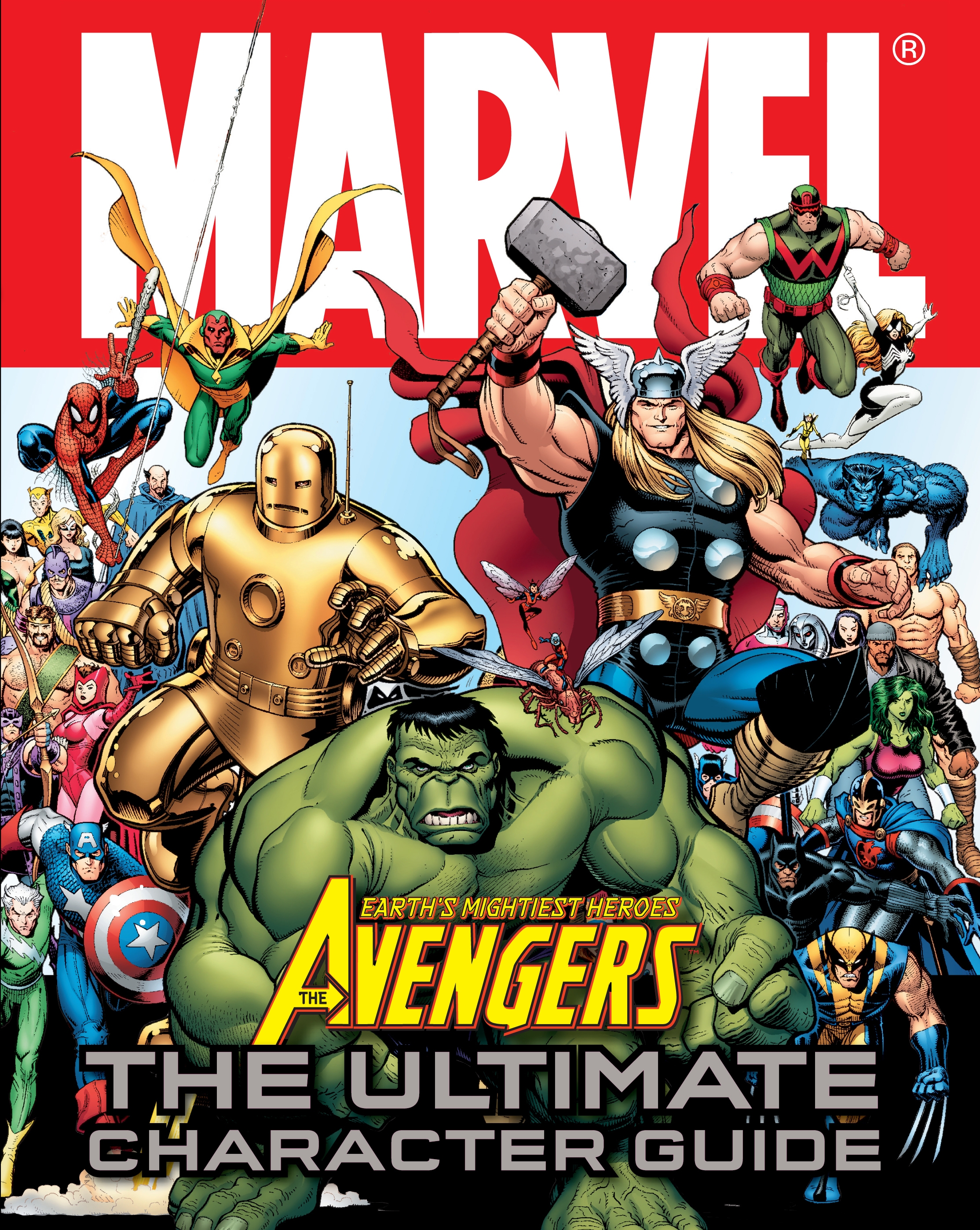 It’s a new Age of Heroes in the Marvel Universe but as always, the clarion call for champions is answered by Earth’s Mightiest Heroes, the Avengers. With the hoopla surrounding the Marvel Studios’ announcements regarding the 2012 live-action [[[Avengers]]] movie, the timing is perfect for this book from DK Publishing.

Unfortunately, the book itself is already dated because they made little effort to make certain the status quo matched what was being published in the comic books. This is, of course, an exceedingly tricky proposition but thankfully, both Marvel and DC have recently hit demarcation points where you could say the information contained in these books are concurrent. (I managed to make next month’s [[[The Essential Superman Encyclopedia]]] information reflected the end of the [[[New Krypton]]] story so it can be done.) Reading through Alan Cowsill’s text, it is largely set during he events of Siege although some information is from the subsequent Age of Heroes so its inconsistent and confusing.

A book like this, especially from DK, prides itself on clarity of information and yet organizations and events are referred to and there’s no context or explanation provided, so it’s one thing to tell readers someone belonged to the Initiative, but what was the Initiative? The book also lacks any source material so you don’t have the usual listing of first appearances which is a major factual omission. Even more grievous is that for a book called Avengers, not once is there anything about the team. I was interested to see the line-up by line-up examinations along with explanations for the West Coast and New incarnations of the team.

Instead, this book features just over 200 heores and villains with information blocks, pointless power rankings, and lots of pop-ups with additional details. Visually, the material is mostly showing us the current incarnations of the character with smaller images culled from throughout Marvel history. This, though, may be the first time a book of this nature lacks substantial images culled from the first Marvel Age so Jack Kirby, Steve Ditko, Don Heck, and John Romita are severely underrepresented. Heck, titans like John Buscema, John Romita, Jr., John Byrne, and many others are also missing in action.

Over two dozen of the entries are out of date given the end of the Siege storyline. Perhaps the most inaccurate page is the one for Ant Man which gives us the deceased Scott Lang and never mentions the current Eric O’Grady, while the callout image of Hank Pym shows him as Giant Man.

There are some other serious gaffes such as giving us Clint Barton pages, one for Hawkeye and one for Ronin, which was superfluous. Similarly, Hank Pym gets pages as both Wasp II and Giant Man. The [[[Captain America]]] page is Steve Rogers with no page for Bucky as either the Winter Solider or Captain America II. In much the same way, the Black Panther page is all about T’Challa despite his sister being the current Panther (even in comics coming out this fall) but she gets merely a brief mention.

Characters who recently died such as[[[ Hercules]]], [[[Black Bolt]]], and [[[the Sentry]]] are said to be hale and hardy and while Jessica Jones’ page tells us she and Luke Cage had a child, Luke’s page neglects that detail as does the Invisible Woman entry neglect to mention Franklin and Valeria.

Books like these are great to thumb through and make a handy reference work but this one volume is a wee bit too all over the place to be anything more than a pretty picture book.