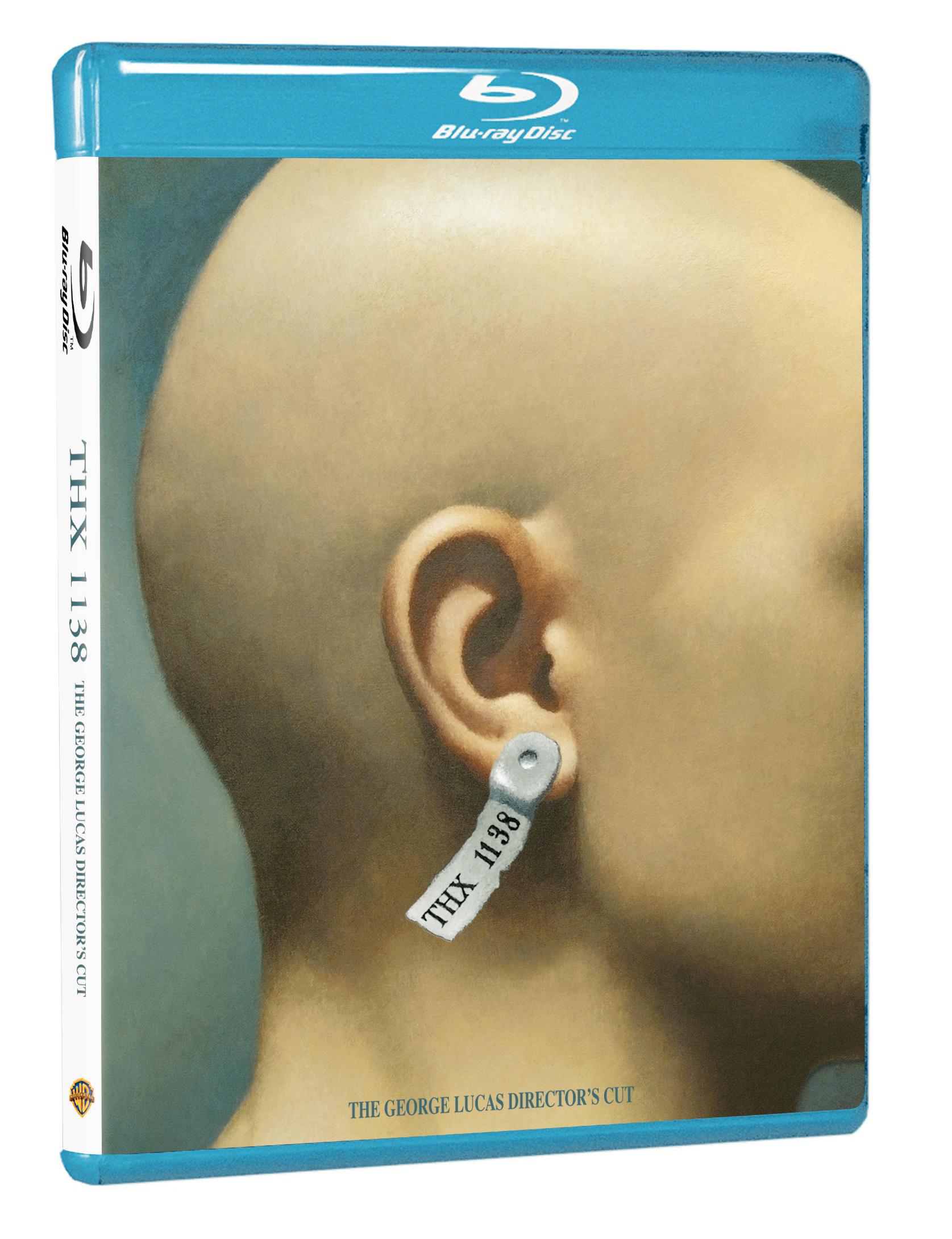 George Lucas is a filmmaker who believes that movies are works that can be revisited and altered as the artist’s vision or his tools change. This has been a hallmark of his dating all the way back to his 1967 USC student film, [[[Electronic Labyrinth: THX 1138 4EB]]]. When Lucas and colleague Francis Ford Coppola made it from film school to Hollywood, they wound up getting the money to make a feature-version of the story as Lucas’ film directing debut. A co-production between Coppola’s American Zoetrope and Warner Bros., [[[THX 1138]]]was shot and released in 1971 to dismal results.

In the wake of his subsequent success with 1977’s Star Wars, he re-edited the film back to his original 86 minute cut, adding in five minutes, for a re-release. After tinkering endlessly with the [[[Star Wars]]] trilogy, Lucas decided it was time to go back and play with THX 1138, resulting in an 88 minute director’s cut that was released on video in 2004. Adding in numerous CGI elements, the spare film is filled out, in some cases for the better and in most cases, to its detriment.

The 2004 version is now out on Blu-ray from Warner Home Video and is an interesting exercise to watch. You certainly see the detached Lucas, the one we knew wanted Star Wars to focus on the droids. He’s uncomfortable with people it seems, or at least he was, and stuffs humanity under the surface into a loveless, emotionless existence in this bleak story. We don’t know when mankind moved underground or why, but clearly, to keep the population busy, new levels of scrutiny are employed, bringing George Orwell’s Big Brother to life.

THX (Robert Duvall) is assigned to help build androids (which look
eerily like C3PO) using radioactive materials. As we meet him, he’s
having trouble with his life, and takes the illegal step of ignoring his
proscribed drug intake (designed to keep the populace docile). He’s
unhappy at work and even less happy at home with his assigned mate LUH
(Maggie McOmie) until she too stopped taking the drugs and they
illicitly make love with abandon. Complicating his life is SEN (Donald
Pleasance), who dispatches LUH to the authorities in order to be
reassigned as THX’s roommate – the reasons seem romantic but are
unclear.

Instead, THX wants to escape his world but is hunted
down by the android police force and he’s placed in a vast, white limbo.
At first he’s there with LUH, but then she’s gone and SEN is there with
others. In time, THX escapes and tries to stay a step ahead of the law
by stealing a car and racing away. His escape to the surface, seen
merely in silhouette ends the film on an uncertain note since he, and
the audience, have no idea what will be there.

The CGI-addition
of technology and crowds are not bad but the sudden arrival of monkeys
to thwart THX’s car heist makes little sense. Additionally, there remain
odd edits that give you flashes of what the world of THX is like but
without informing the viewer.

While the Blu-ray format would have
allowed the student film and original cut to be included, we get just
the former. The latter, it seems, will not be released to the public any
further, so those with VHS and laser disc editions, save them. The
original had plenty of food for thought, especially with its spare look
and detached tone. The new version warms things up a bit and the edits
dramatically tie the characters together earlier.

While we lament
the absence of the original, the Blu-ray looks very good and the sound
is better than ever. The CGI-pieces are seamlessly added and the cleaned
print is great to watch. In addition to the student film, there’s Bald,
the featurette he cannily cobbled together to promote the original
movie by asking his cast to shave their heads in odd venues and then
filmed the experience. Its clever marketing at a time filmmakers didn’t
usually participate in that aspect.

Lucas and Walter Murch
provide a commentary track with other features focusing the soundtrack
(Theatre of Noise Experience), Murch’s other efforts (Master sessions)
and two worthy documentaries: “The Early Years of American Zoetrope” and
“Artifact from the Future: The Making of THX 1138”. The latter, though,
totally skips explaining its varying lengths and the entire
CGI-upgrade.

Despite the movie receiving negative notices and bad
box office, Lucas did manage to go on and make the far more human and
emotional [[[American Graffiti]]], and that success led to Star Wars. This makes THX 1138 an essential building block in understanding Lucas, and to a lesser degree, Coppola. It is the result of a new generation of filmmakers
trying to find their voices and avoid the crumbling studios of the day.
That they got this made and released demonstrates their persistence and
ingenuity.