The Great Comics Flood of 2010 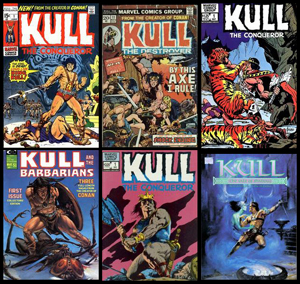 It has been reported that for the first time in 15 months no single comic book gathered more than
100,000 copies in orders in the direct sales market. Make that 93,459, to put a
point on it.

Historically, whenever one of the major publishers (which means Marvel and DC; I’m talking superhero comics here) felt they were being challenged by one or more upstart publishers, that company would flood the market with crap, usually reprints or revivals of frequently cancelled titles. The other publisher would rapidly follow. Before the direct sales tail started wagging the dog, it was believed there was only so much space in the newsstands
and DC and Marvel could crowd the others out. That, of course, was nonsense: if the newsstands cared about comic books (how much profit is there in a 40 cent item?) nobody would have to crowd anybody out.

This philosophy extended to the direct sales market. When companies such as First, Eclipse and Malibu were making waves and racking up competitive sales, DC and Marvel started dumping product into the pipeline. How many times could you revive Kull The Conqueror? But retailers had to order at least a few copies because it was a Marvel Comic, and cumulatively all that sucked a lot of bucks out of retailers’ tills. Remember, they buy this stuff non-returnable.

But now comic book stores have dwindled down to a precious few and the big bookstore chains such as Barnes and Noble and Borders are coughing up blood, sales truly suck.

Which makes it real curious to see that Marvel is once again flooding the comics rack. Having finally lost the Kull license, the House of Idea has gone the Oreo Cookies route: they’re jerking their “going to the movies” properties as though they were crack fiends at a milk farm.

I didn’t even mention the massive – and expanding – X-Men group. That’s old news.

27 issues featuring Thor, Iron Man, and/or The Avengers.
Boy, you’d think there was a Thor movie coming out that, oh I don’t know, tied in to the Iron Man movies, to be followed by the big The Avengers
movie.

So, why the flood? Is Marvel worried about competition from Boom, Dynamite, and IDW? I don’t think so. They started producing material
for this latest dump just about the time the Disney takeover was ratified. They are trying to impress the Mouse.

Disney doesn’t care about their comic book profits, and nor does Warner Bros. Marvel and DC, respectively, are there as R&D, fodder for movies, television and animation – and their concomitant merchandising revenues. All Marvel and DC have to do on the publishing front is show a decent
return on investment and their new masters will be content.

It’s hard for me to think of a way Marvel could better promote comic book bootlegging.