All Pulp recognized by noted Pulp Scholar…and his wife, so noted Pulp Couple!

NOW IN ALL PULP’S SPOTLIGHT…ALL PULP!!! 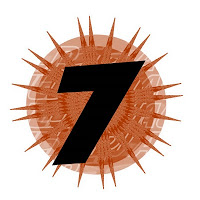 The Spectacled Seven have made their mark, at least with some!  This was shared with All Pulp today from a mailing list manned by noted Pulp writer and historian Tom Johnson.  Tom and his wife Ginger not only welcomed All Pulp to the Pulp/news game, but gave the Spectacled Seven quite an awesome and humbling comparison…Thanks so much, Tom and Ginger! Their endearing comments are posted below!

“Back in the late ‘70s, pulp historian Nick Carr started the Bloody 7, bringing together seven pulp fans from the community to form this new band of brothers. The 7 consisted of Nick Carr, Bob Sampson, Don Hutchison, Frank Hamilton, Earl Kussman, Jack Deveny, and Tom Johnson. Each was dedicated to the pulp community and keeping the interest in pulps alive for future generations. In June 1982, with the publication of the Special Issue of Echoes, Ginger Johnson wrote an article about the seven men. At the time we did not have the Internet, so our outlets were the many fanzines in the community. Eventually, with the passing of Bob Samson, Frank Hamilton, Earl Kussman, and Jack Deveny, and the printed fanzines, the Bloody 7 ceased to exist.

It is of interest that a new “7” has risen to replace the Bloody 7, and with the availability of the Internet, will continue to keep the pulp community informed.

Pulling its staff from across the field, All Pulp is manned by an eclectic, inspired group of seven writers and fans ready to bring their best to every word they write. Ron Fortier, Barry Reese, Sarge Portera, Derrick Ferguson, Bobby Nash, Van Plexico, and Tommy Hancock. http://allpulp.blogspot.com/

Tom and Ginger give a hearty welcome to this new group!