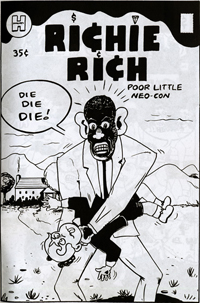 Just when you thought everybody who wanted to was already publishing comic books, here comes The Tea Party!

The first three issues of Tea Party Comix have hit the Internets, and if you enjoy subtle humor, well, you’ll be disappointed. However, if you’re looking for blatantly racist comics with a dash of anti-Jewish sentiment, this is the place for you.
Three 40-page collections of parodies of classic American comic book covers
have been published – with the original trademarks intact, such as, you know,
Superboy, Batman, and Thor.

Guys, you might wanna take on Obama and the commies, but
if you’re actually going to take on the lawyers at Disney and Warner Bros, then I actually feel sorry for you. 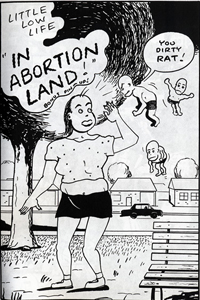 Each issue depicts a vision of President Obama that make minstrel show advertising look like handbills for the Black Panther Party. He’s doing all those things that keeps the paranoid right up at night: death panels, illegal immigrants taking over the nation, even Obama choking the life out of the “poor little neo-con,” Richie Rich.

That last one’s my favorite.

Political satire is hard to define and even harder to produce, and it has to maintain the ambiance of reality to work. Not only is this crap lacking in perspective, it’s also lacking a sense of humor. Normally
I’d give you the links so you can see for yourself, but for this one, forget
it. Go Google. 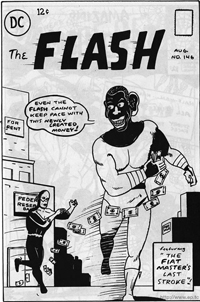 Some tea baggers have disavowed these books, and at least a few have declared them plants from the left-wing commies.