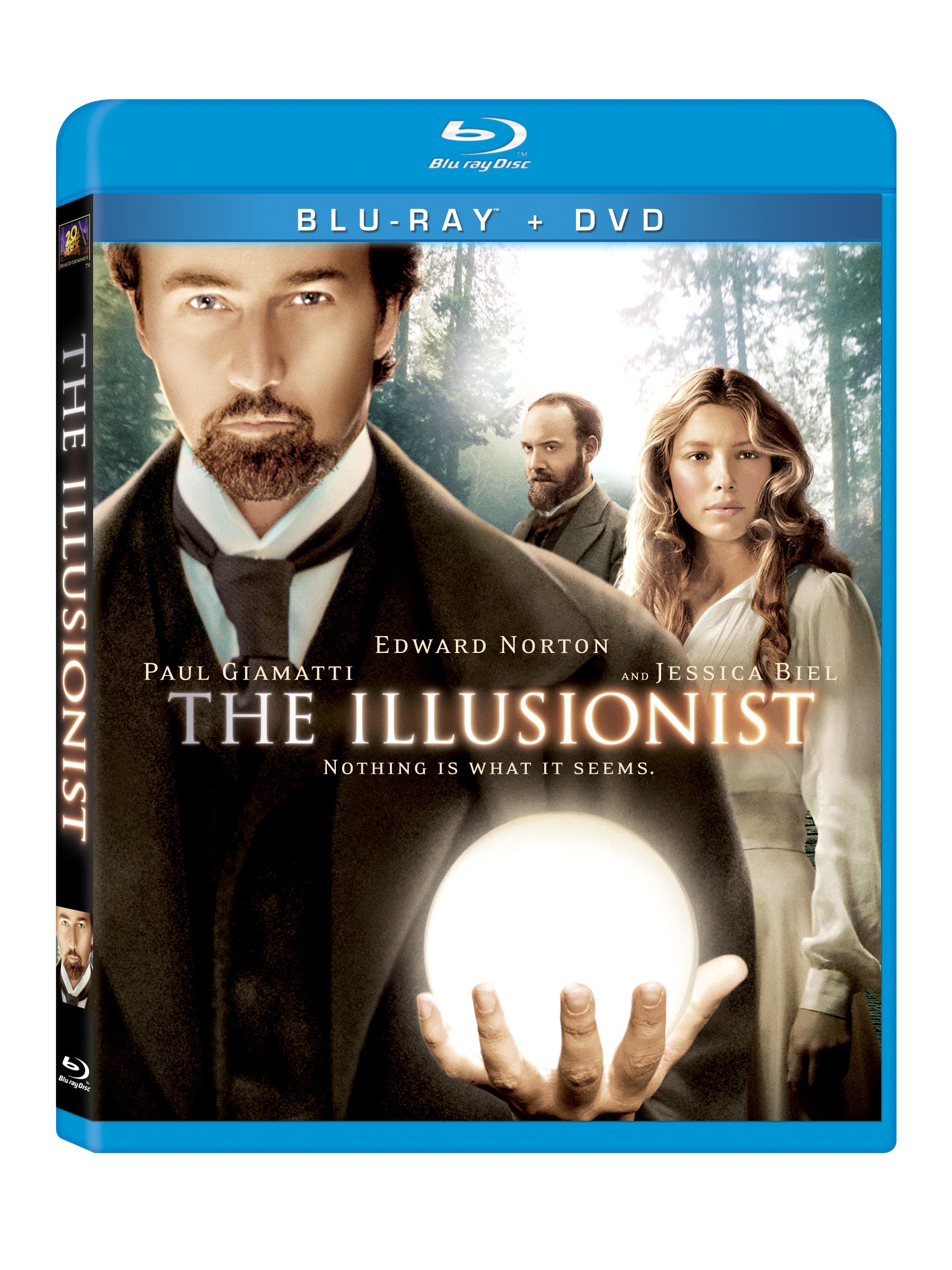 , and weeks later Christopher Nolan brought us [[[The Prestige]]]. Both were engaging, entertaining movies as much about the characters as it was about nineteenth century magic.

Millhauser, a Pulitzer Prize winner, wrote “Eisenheim the Illusionist” in 1989 and explored an ever-growing fascination with stage magic in Vienna, prompting competitors to try and top one another to satisfy an eager and demanding audience. It was an era when people still believed more often than not in the supernatural, and took the magical feats at face value.

Eisenheim (Edward Norton) is a man jealously guarding his past from the world around him, but has also gained a fascinated fan in the form of police chief Inspector Uhl (Paul Giamatti). Uhl was also ordered to expose the man as a fraud by Crown Prince Leopold (Rufus Sewell). When Eisenheim is introduced to the Duchess Sophie (Jessica Biel), he recognizes her as the true love of his childhood, complicating his life in new and exciting ways. The infatuation infuriates the jealous prince who wants Eisenheim destroyed.

The story was a terrific road map for Burger, who had previously made a documentary, to enter feature film making. He nicely visualizes the Vienna of the past (thank you Prague), creating an atmosphere appropriate to the mystic world of the [[[Illusionist]]]. The screen adaptation nicely works with multiple themes such as one’s place in society, faith versus reality, order versus lawlessness.

Burger also seems to have a nice handle on actors, coaxing nuanced performances from his talented cast. At first, you could have trouble with Biel as a gentle upper crust woman, but she gives what may be her best work to date. Giamatti is superb, bordering on the obsessive while Norton is steely. All mix together nicely, with Sewell proving to be the straw that stirs the drink and keeps things moving.

Nolan’s offering gained more notice and had bigger stars attached but this is the far more satisfying movie and well worth seeing again or a first time if you missed it.

The movie transfers nicely to Blu-ray and given the dim lighting and moody set pieces, it sharpens up well, accompanied by a nice audio track. We’re lucky the new edition is offered as a combo set since the only extras can be found on the standard DVD, all intact from its initial release.

There is a nine minute Making Of featurette which is far less interesting than its subject matter and a perfunctory Jessica Biel Interview. Instead, the best part is Burger’s commentary, talking of how he expanded Millhauser’s story for the film which meant adding in romance and a murder mystery.  Burger has made only one film since, [[[The Lucky Ones]]], and I wish he were more productive.

The set is definitely worth watching and probably owning since it holds up to repeated viewing.