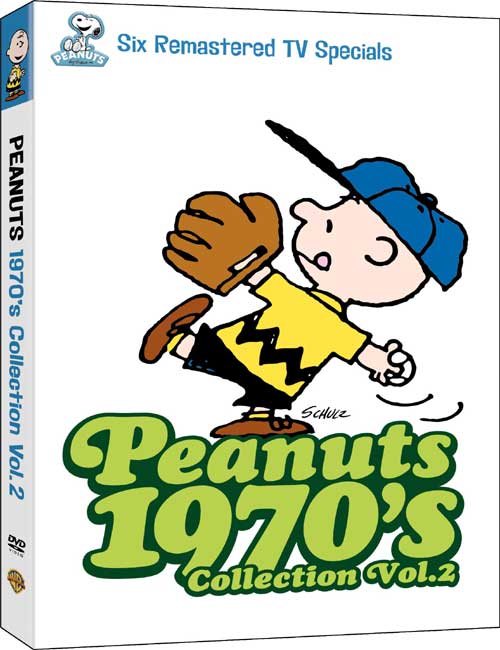 As [[[the Peanuts]]] gang further cemented themselves into the fabric of American society, one could always count on the animated specials arriving each year. Unfortunately, as the 1970s progressed, the strip and specials continued to lose their charm and appeal, coasting on their heyday a decade previously.

That regression is fairly evident in [[[Peanuts 1970’s Collection Volume 2]]], out today from Warner Home Video. The two-disc set contains six episodes, one of which makes its home video debut. Absent are two self-congratulatory specials which also aired during this period.

The vocal cast changed as actors aged but remained in the same range and was likely not as noticeable year to year but is more obvious in rewatching these in a short order. There are also some odd proportional changes, notable in the final two specials contained here. There’s a different change as Vince Guaraldi’s death robbed the specials of their jazz-inspired music, which was often the best thing about any one of these.

[[[Be My Valentine, Charlie Brown]]] (1/28/75) opens the set as the gang at Birchwood Elementary School grows obsessive about the romance in the air. Linus suddenly has the hots for his teacher at one end and then there’s Schroeder, who’s fairly oblivious to the day. And then there’s poor Charlie Brown, hoping for valentines and receiving none.

There are several lapses in logic beginning with Sally and Linus suddenly in the same class as their older siblings while Peppermint Patti and Marcie are now attending the same school as their cross-town pals. Worse, the teacher has abandoned the class in the middle of the class party (with Shermy making a final cameo appearance). In during the more lax era, no adult would walk out of school leaving a room full of children unattended. Perhaps the best bit is Linus tosses away the chocolates he failed to give his teacher, unaware each piece is being gobbled up by Snoopy and Woodstock. 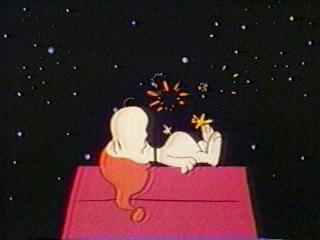 You’re a Good Sport, Charlie Brown]]] (10/28/75) is an
athletically-themed story that seems to be about nothing until Patti
arrives on a motorbike, raving about this new sport called Motorcross,
prompting Charlie and Linus to get their own used bike in order to
compete.  As befit the hard luck kid, Charlie wins the race but the
prize is five free haircuts, perfect for the son of a barber. All the
sports clichés are also squeezed into this one.

Even in the 1970s, few schools and communities celebrated Arbor Day,
founded in 1872, but the spring ritual is the focal part of [[[It’s
Arbor Day, Charlie Brown]]] (3/16/76), featuring Guaraldi’s final
score. Considered a low point to the specials, the aimless story touches
less on the holiday than on the day-to-day foibles of the kids,
especially when an ill-considered attempt to prepare the baseball field
threatens to derail the beginning of the season.

Disc two opens up with the debut of [[[What a Nightmare, Charlie Brown]]] (2/23/78)
which is an odd story focusing just on Charlie Brown and Snoopy. It’s
largely an extended dream sequence as Snoopy finds himself in a thinly
veiled imitation of Jack London’s classic story [[[Call of the Wild]]].
The story is told mostly in silence with music, noting the lack of
Guaraldi and the arrival of Ed Bogas and Judy Munsen as the replacement
team, and is designed to teach Snoopy a lesson in being content with his
lot in life. It’s interesting to rewatch but overall, totally unlike
any other special and as a Peanuts-themed project is out of place. 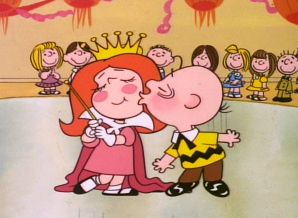 Warner oddly placed [[[It’s Your First Kiss, Charlie Brown]]](10/24/77) out of order, following Nightmare,. Not only does
Charlie get to kiss a girl, but it’s the girl of his dreams, the Little
Red Haired Girl. She’s the queen of the festival and somehow Charlie got
named to be her escort which involves a kiss before they dance that
evening. He obsesses throughout the story and finally kisses her. Linus
fills in the after-kiss events to a bewildered Charlie Brown, who can
remember none of it. Oddly, we get to see the girl, who Schulz himself
could never draw and she’s given a name: Heather. Interestingly, during
the initial broadcast, Charlie got blamed for Lucy’s actions, costing
the team a key football game. Protest from viewers prompted Lee
Mendelson and Schulz to redub some dialogue to reflect Lucy being at
fault.

Wrapping up the decade is [[[You’re the Greatest, Charlie Brown
]]](3/19/79), a sports competition story as good old Chuck gets talked into
participating in a 10-event competition with other kids. He gives it
his all, as always, but consistently is outperformed and yet, he never
gives up, making him a truly special character. The story was good
enough to earn the special an Emmy award.

New is an 18-minute featurette [[[You’re Groovy, Charlie Brown: A Look
at Peanuts in the ’70s]]], which is a more generic look at how Schulz
lived and worked. Some nods to the era are given by noting he watched
the Watergate trial and went right back to work.

It’s a mostly mixed bag of Peanuts this time around and really,
only for those who grew up on these as kids or are diehard fans of the
material.