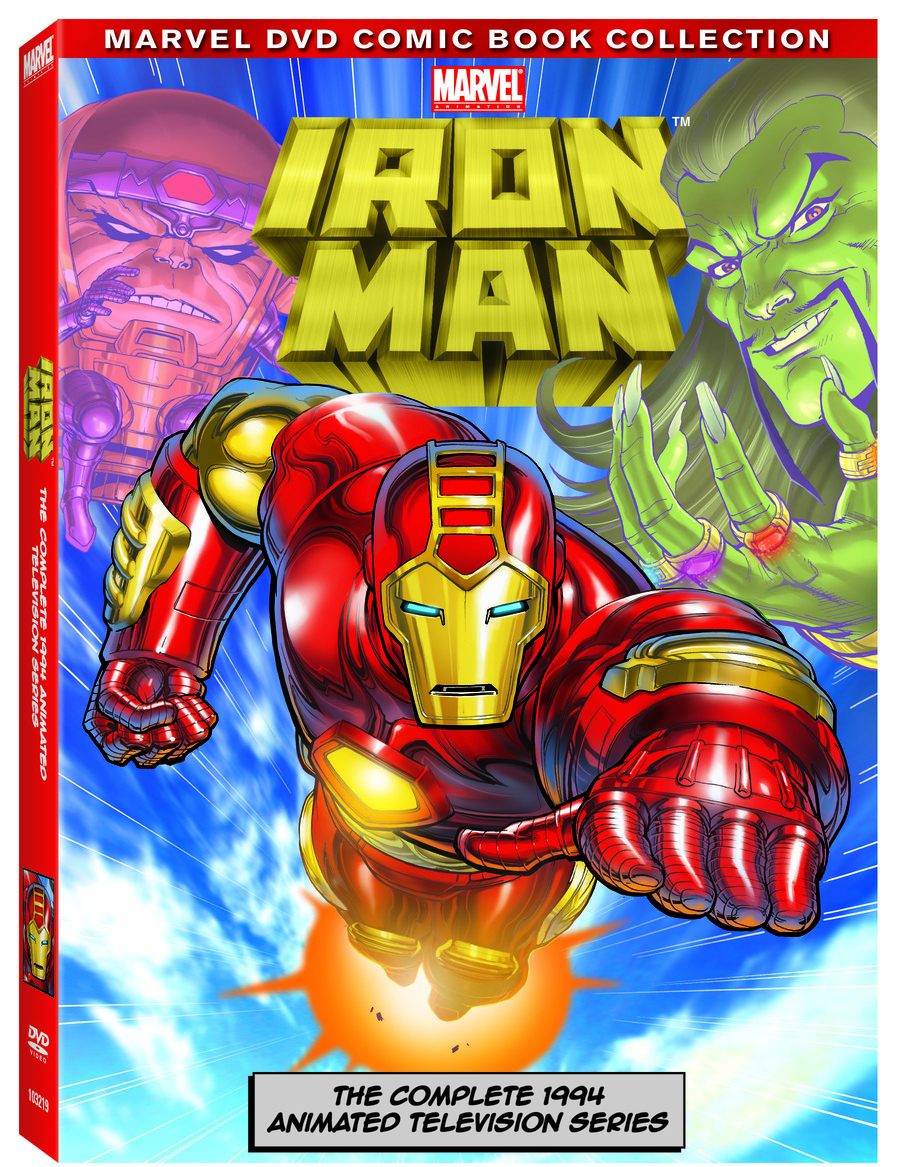 I have enjoyed [[[Iron Man]]] as a character since discovering the Marvel super-heroes through the limited animation shows of the 1960s. That led me to the comics and so on. All along, shellhead has been one of my favorite characters so you can imagine my delight at the Jon Favreau film and the chance to write an original novel adventure.

I’ve been looking forward to this week’s sequel and no surprise; have been sent his animated adventures for review. When the live-action film came out two years ago, the mainstream press kept referring to him as a lesser known character and that may have been true to film critics, but he’s been a well-known television character for decades.

After all, he was seen in the 1960s series plus a guest appearance on [[[Spider-Man and His Amazing Friends]]], before gaining his own half-hour show as part of the Marvel Action Hour from 1994-1996. He has guest starred on other Marvel animated shows, had his own animated feature and most recently, the youthful [[[Armored Adventures]]] show. Not too shabby.

His 26 episode series from the 1990s is available this week as a three-disc set from Disney Home Entertainment. The two 13 episodes are quite different yet neither are very good. On the one hand, the series hews very closely to the comic book look and feel of the era.  The details, though, are very different starting with the green-skinned Mandarin as the main foe throughout. The Golden Avenger’s familiar foes all seem to be work for him as does a diminutive and poorly characterized MODOK. It’s the Mandarin who captures the injured Stark as revealed in the two-part origin story so it focuses their enmity from the beginning, not entirely unlike what Favreau is setting up in the films. Perhaps the biggest origin alteration is that slivers of metal threaten his spine, not his heart. Is it better or more plausible? Maybe.

Rather than focus the series on Tony Stark and his armored alter ego, it includes the West Coast Avengers, er, Force Works so time is given over to War Machine, Century, Scarlet Witch, Hawkeye and Spider Woman. Julia Carpenter becomes Tony’s romantic interest complete with engagement, so that’s different. 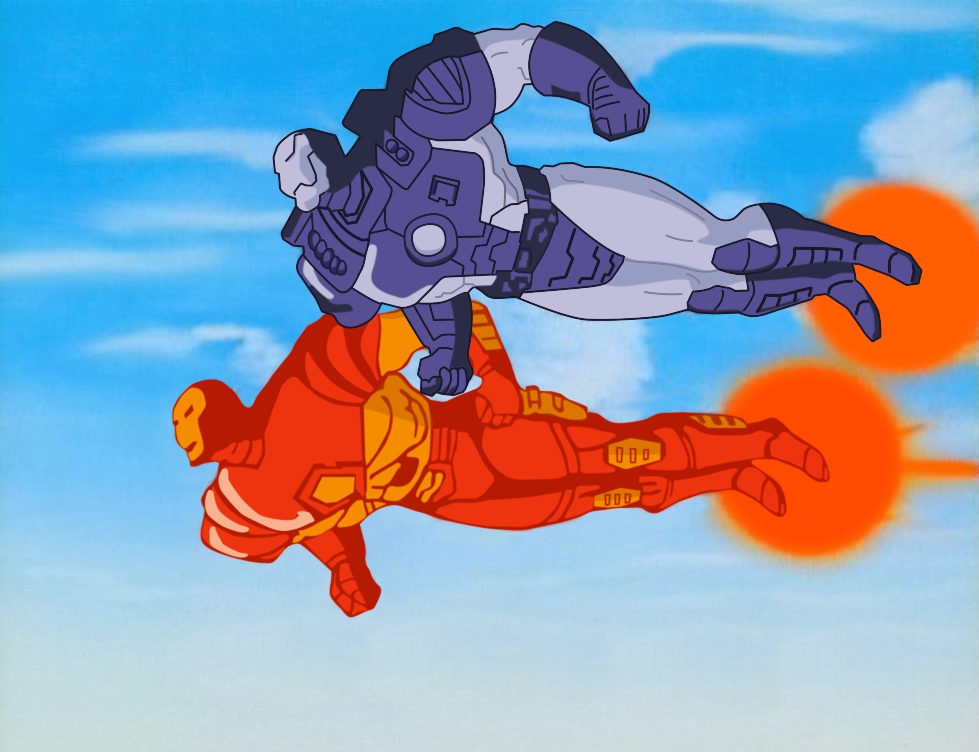 The first season, largely written by Ron Friedman, are one-off stories
with Iron Man and friends threatened by some lame scheme from the
Mandarin and his cronies. Thin writing and bad characterization are
coupled with pointless action. The opening story propels you right into
the adventure without stopping to introduce you to the characters,
naming them or their powers, which probably left television viewers
scratching their heads. Stark’s genius is rarely touched upon and all
too often his power is low or out, rapidly becoming a cliché.

The animation from Rainbow Animation Group was typical of the decade but
not as inventive as the other Marvel shows of the same period. Stark’s
transformation into Iron Man is handled with CGI and is jarring since
nothing else resembles the computer look and feel. And while Robert Hays
does a reasonable job as Tony, the other voices are generic.

Someone realized the show was not working and season two revamped
everything starting with jettisoning Friedman for Tom Tataranowicz and
Koko Enterprises came on to do a slightly superior job on the animation.

Stark let his hair grow between seasons and it’s been noted the show
began to look and feel more like the late 1980s incarnation. Continuity
between episodes was introduced although the Mandarin remained the
pivotal villain, the linking thread to the episodes as he sought the
rings he lost at the conclusion of season one. Stark’s self-destructive
behavior was emphasized leading to a diminished role for Force Works.
With all that, the stories never got stronger, just longer despite
efforts from Len Wein and Jan Strnad. Perhaps the emotional highlight is
the episode spotlighting Madame Masque as Spider-Woman aids Iron Man in
confronting and comforting the emotionally-scarred woman.

With the focus more on Iron Man alone, he donned a greater variety of
armors, all reflected in the avalanche of toy tie-ins.

While the series had potential, it rarely approached being good or
engaging. Stronger writing and taking cues from the comics and success
with Fox’s X-Men would have helped.

The DVDs come with zero extras and is clearly for diehard fans only.