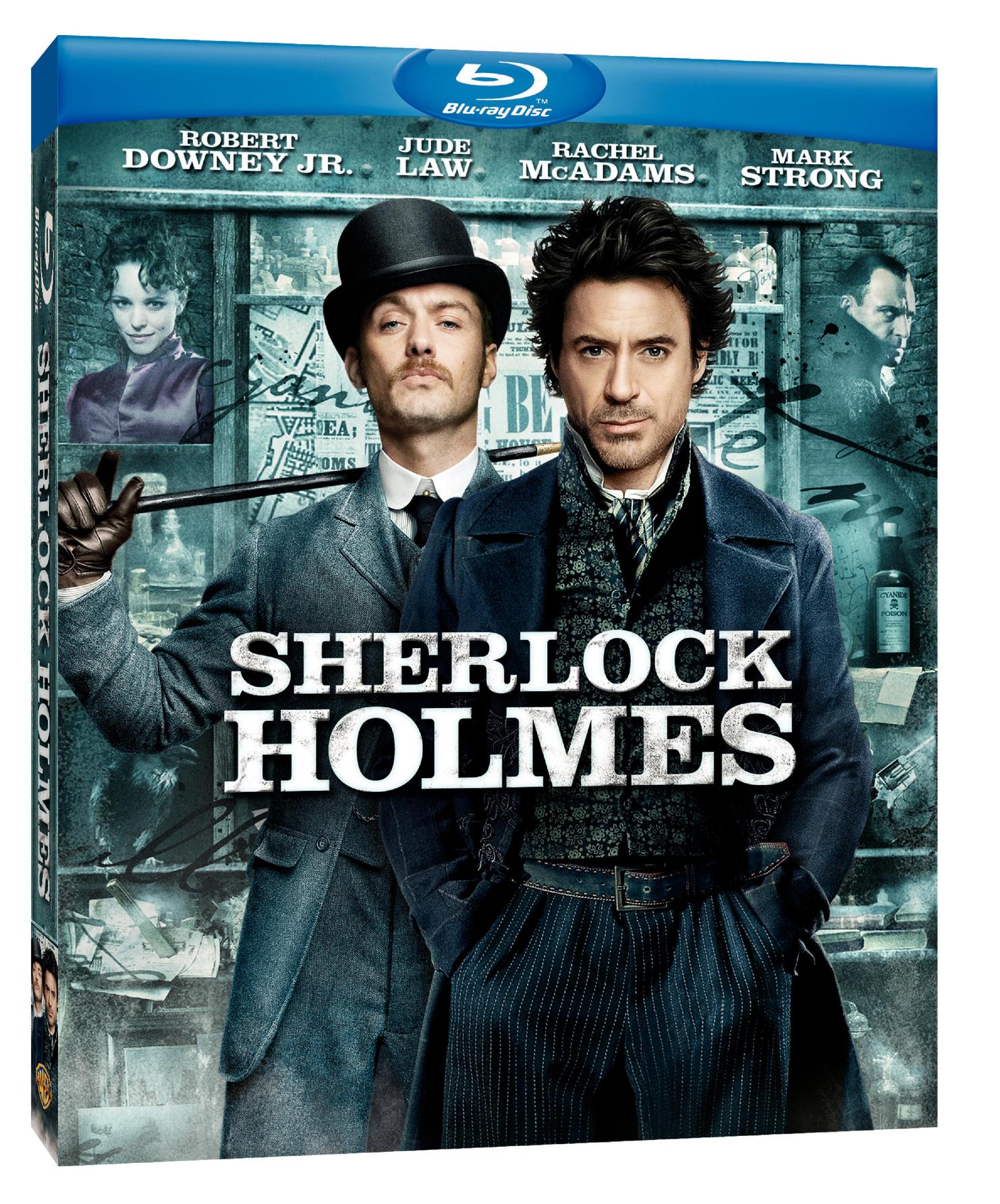 Sherlock Holmes]]] has been indelibly etched in the mass consciousness of pop culture consumers thanks to a steady stream of adaptations and homages of Arthur Conan Doyle’s stories almost since they were first published. As a result, you say Holmes and a certain set of images come to mind beginning with the deerstalker hat and the cloak. Watson is always seen as comic relief, more bumbling aid than professional doctor.

As a result, Guy Ritchie’s take on the duo in 2009’s Sherlock Holmes

was cause for debate. Some felt he was being blasphemous; others applauded how much more closely this interpretation hewed to the source material. The film opened to mixed reviews, skewing more positive than not but it also failed to ignite the box office. Still, earlier this month, the sequel went into pre-production and today, Warner Home Video releases the movie in a combo pack complete with Blu-ray, standard and digital discs.

The tale of Holmes and Watson dealing with the occult-minded Lord Blackwell is larger than most any other story, certainly larger in scope and menace than any of the original stories. Story writer/producer Lionel Wigram explains in the extras how he wanted to touch on the occult, then a popular subject in English society but without turning Holmes into a horror story. Instead, the clever Blackwell has spent months planning what is essentially a coup only to cross paths with Holmes, out to stop him.

Holmes and Watson are playing catch up, constantly finding new clues and adding them on the fly as the hunt for Blackwell continues. Meantime, complications arise as Watson is in the process of moving out of 221B Baker Street and preparing to marry Mary while Irene Adler, the one woman in his life, returns unexpectedly. The intertwining sub-plots are intended to flesh out the characters and relationships along with making it certain Holmes doesn’t catch Blackwell too quickly.

The problem is, Ritchie made a somewhat lifeless movie. His previous works are filled with memorable characters and inspired performances; here, everyone is fine and solid, not spectacular. Robert Downey Jr. is a fine Holmes, mumbling and wide-eyed as befits the constantly distracted character and his pairing with Jude Law’s Watson works well on the buddy level. Law, though, seems to lack the inner strength to do what is necessary, always having a weary look as he constantly comes back to Holmes’ side to finish the case. Similarly, Mark Strong is cool and evil, but flat as Blackwell and Rachel McAdams can’t make Irene sparkle, not enough to convince us she’s really the woman of Holmes’ dreams.

What had some diehard fans in an uproar was the action quotient. After all, Holmes is a cerebral detective, seeing everything and making deductions that stagger the imagination. Seeing him in numerous fights was the largest change from previous adaptations and Ritchie is a good action director. But, here things were too large and there was at least one fight too many. The entire sequence at the shipyards could have been excised since it doesn’t fit the rest of the film and was overlong and overdone.

The most effective thing in the film may be the production design which largely relies on CGI to transform modern day England into its earlier 1891 incarnation. The city lives and breathes and feels right. Hans Zimmer’s score helps as well.

Overall, the movie looks great on Blu-ray with solid visuals and fine 5.1 Dolby sound. The Blu-ray also offers us the film in the Maximum Movie Mode, wherein Ritchie appears throughout the film and discusses how things were shot or why decisions were made. The split screens and pausing for explanation are interesting with some nifty tidbits tossed in. This version runs just three minutes longer and is an interesting way to see it a second time. There are 31 minutes of assorted behind-the-scenes featurettes discussing how the source material and era informed the film. An additional 14 minutes has Ritchie and Downey discuss Sherlock Holmes: Reinvented. Surprisingly, there are no deleted scenes offered.

This is a perfectly serviceable adaptation of Holmes but as a film experience, it is lacking in the qualities one has come to expect from Ritchie.