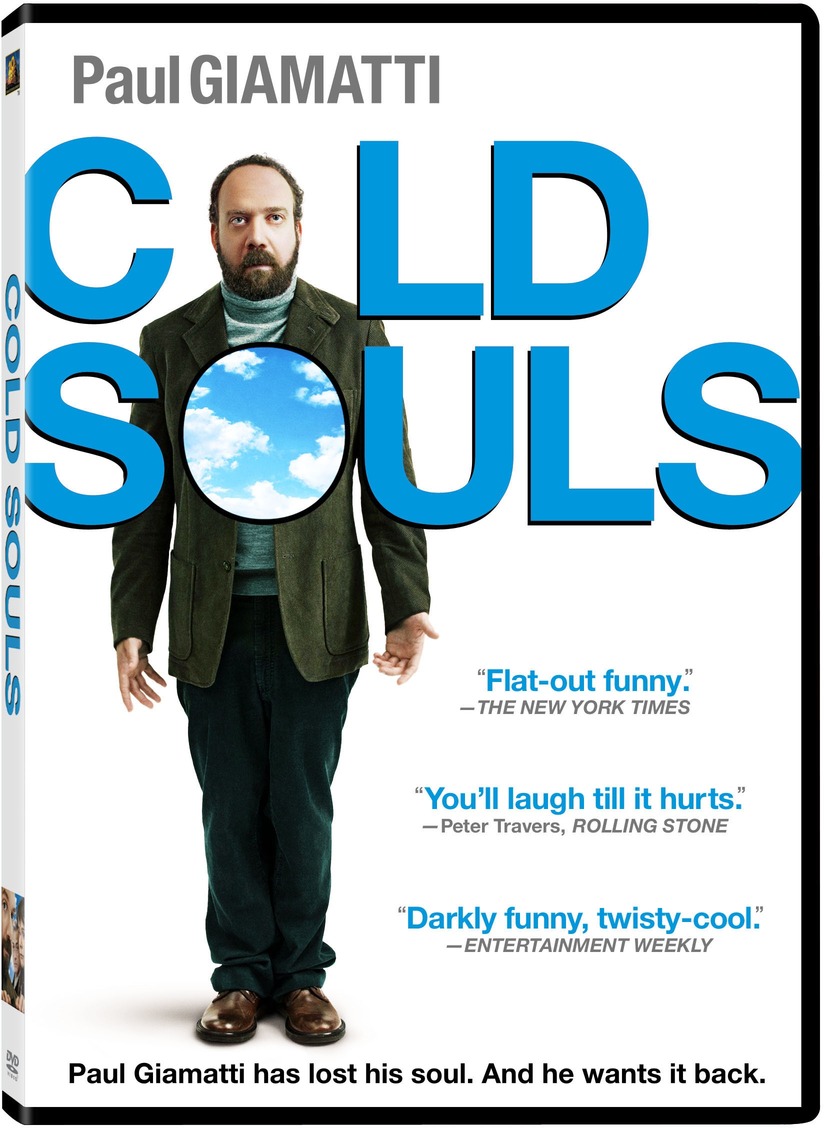 Much has been written about the human soul, what makes it so special and unique. How some souls can be twisted or damaged or how they could be sold to the Devil. It has been the inspiration for poetry, prose, and much philosophical thought. But the very idea that it is too heavy to carry around and therefore could be stored to lighten the burden…well, that’s unusual.

It’s the very premise of the little film Cold Souls

, which was written and directed by Sophie Barthes. The movie opened to fairly positive reviews last year but was largely overlooked despite the strong cast and intriguing premise. A work of sophisticated science fiction, it’s also a dark comedy in some ways. The film was released this month on DVD from 20th Century Fox Home Entertainment.

Paul Giamatti portrays an actor named Paul Giamatti, who is struggling with his role in a production of [[[Uncle Vanya]]]. Worried about losing his job and feeling terribly burdened by life, he considers storing his soul after reading an article on this new business.

Imagine his surprise to see his soul is small, the size of a chick pea and bright in color compared the more voluminous and grayer souls on display. At first he feels freed but fairly quickly he also recognizes the emptiness in his life. His performance has gotten no better and now he’s lacking in basic emotion such as empathy.

At much the same time, we discover the logical outgrowth of a business that deals with souls. They can be bought and sold legitimately, but also trafficked illegally as seen with a Russian mule operation led by Nina (Dina Korzun), who has smuggled souls imprinted in her until she arrives in America and delivers them to the same firm, run by Dr. Flintstein (David Strathairn).

Paul is unhappy so Flintstein quietly suggests he tries one of the imported souls. What neither realizes is that to make quota, the Russians are indiscriminately relabeling souls so he wants an artist but gets something else. When he finally decides to get his soul back, he learns it has been shipped to Russia, to Sveta (Katheryn Winnick), a model turned actress who just happens to be married to the head of the smuggling operation. On a trip to Russia to retrieve it, all the threads come together.

This is a terrific subject for a story and by keeping the focus largely on Paul, Barthes allows the audience to understand the daily complications of first having no soul then having the wrong soul.  She claims the idea for the film came to her from a dream and there’s an ethereal quality to some of the scenes so she has fully realized her concept.

Giamatti and Korzun are front and center in the story and both give solid, understated performances. Wasted in small roles, given too little to do are Emily Watson as Paul’s wife Claire and Lauren Ambrose as Stephanie, the lab assistant.

The disc comes complete with a short piece on the making of the soul extractor and several deleted scenes, one of which at least gave Watson more to do.

If only there were more movies that explored such engaging ideas without a lot of pyrotechnics, movies that could spark debate and better yet, thought.