Review: ‘The Neverending Story’ on Blu-ray 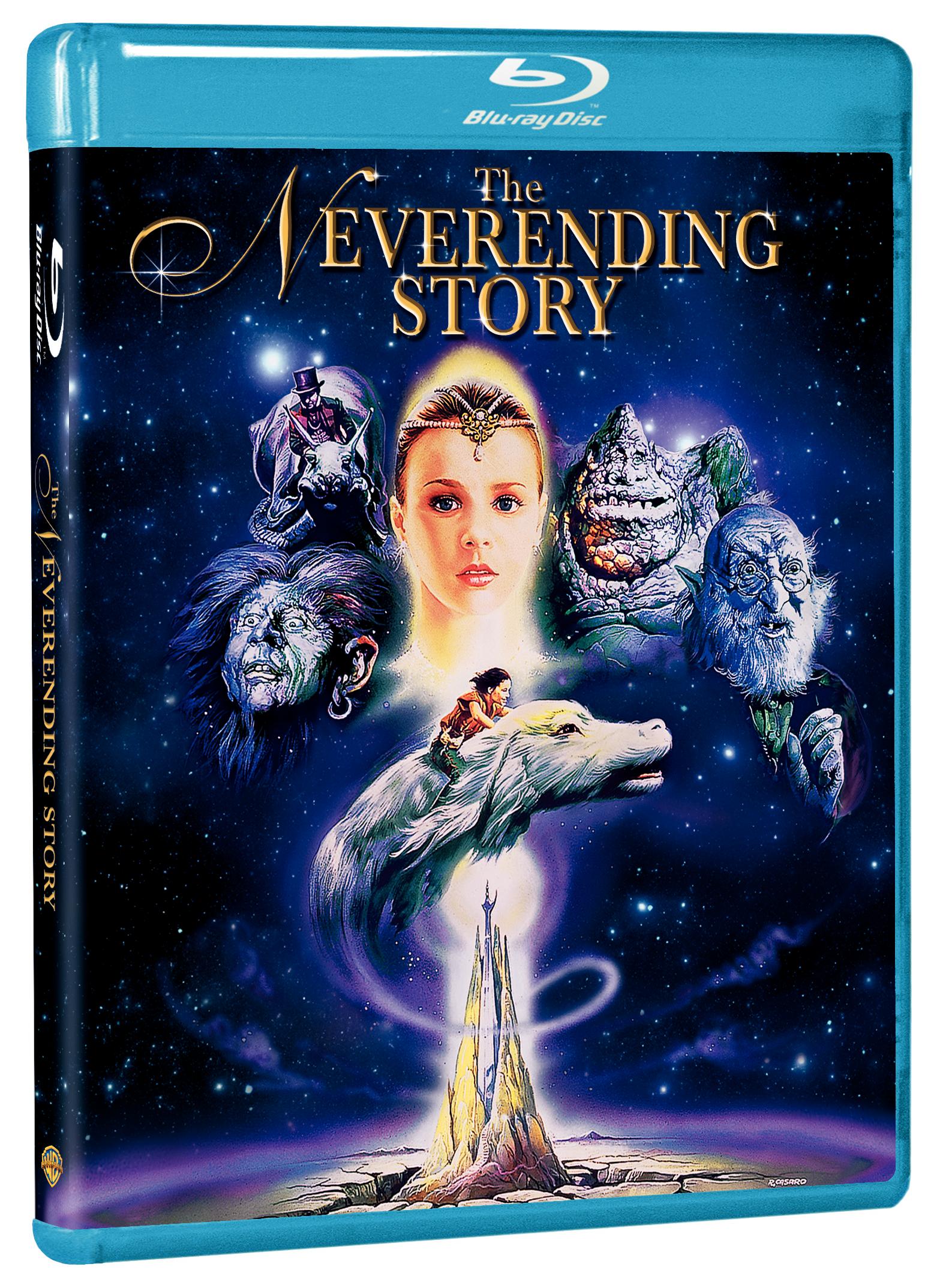 Many ComicMix readers no doubt have struggled form time to time telling fantasy from reality. We want to let our minds wander, explore strange new worlds, and avoid the harsh and unpleasant realities that await us in the mundane world. The clash between fantasy and reality fuels the 1983 Michael Ende novel The Neverending Story

and presented an interesting dramatic opportunity for the inevitable film adaptation, but Wolfgang Peterson, in his follow up to the acclaimed [[[Das Boot]]], botched the chance.

The movie was released in 1984 and despite glowing reviews, failed to perform at the box office and its sequels and related adaptations have all gone wanting. The film has been dusted off for Blu-ray, being released tomorrow by Warner Home Video. This appears to be the same version as was released on DVD in 2001 complete with the utter lack of extras. The print looks terrific and sharp while the upgraded 5.1 audio is the only compelling reason to buy this version.

The movie adapts just half the novel and made enough alterations to annoy Ende. Bastian is a terrific reader with a strong imagination, a place he retreats after his mother’s death and constant bullying from classmates. His father tries to convince him to live in the real world and begin adjusting to their new reality. A chance encounter at a used bookstore leaves the boy with a copy of [[[The Neverending Story]]] which he reads in one sitting, hidden in an unused attic at his school. By the end of the book, he is shocked to discover he has become a pivotal character in the tale and holds the key for the realm of Fantasia’s survival.

Much of the film, though, takes place in the fantasy realm and the creature designs and characterizations are imaginatively done. The production designers have done a nice job in creating a wondrous place with magical creatures, talismans, castles, and races that all get along. Yes, they look like puppets but done right, it can work—look at the recent Where the Wild Things Are.  If anything disappoints its some of the rear projection and blue screen work which is glaringly obvious on Blu-ray.

The movie fails, though, to make us care. These are fantastic creatures but none have personality nor do our twin heroes – Bastian or Atreyu. In fact, Bastian is conflicted throughout reading the book because he just talked with his dad about living in the world yet his imagination can save a different world. It can be a strong them but is barely handled. At film’s end, when Bastian emerges from the school, there’s no resolution, no bookend to complement the opening. In fact, Bastian’s absence is ignored by teachers and father and there are no consequences for his actions.

The book, which remains a beloved volume, has many more imaginative characters and settings than is seen here. Yes, not everything could be replicated and such a large book needed modifying for the screen. No question. But the lingering shots of Atreyu on his journey could easily have been set against more interesting visuals.

While the film has endured as a bit of a holiday time cable staple, it’s really a tedious adventure failing to come close to the magic contained within the source material.