Review: ‘FlashForward’ Season One Part One on DVD 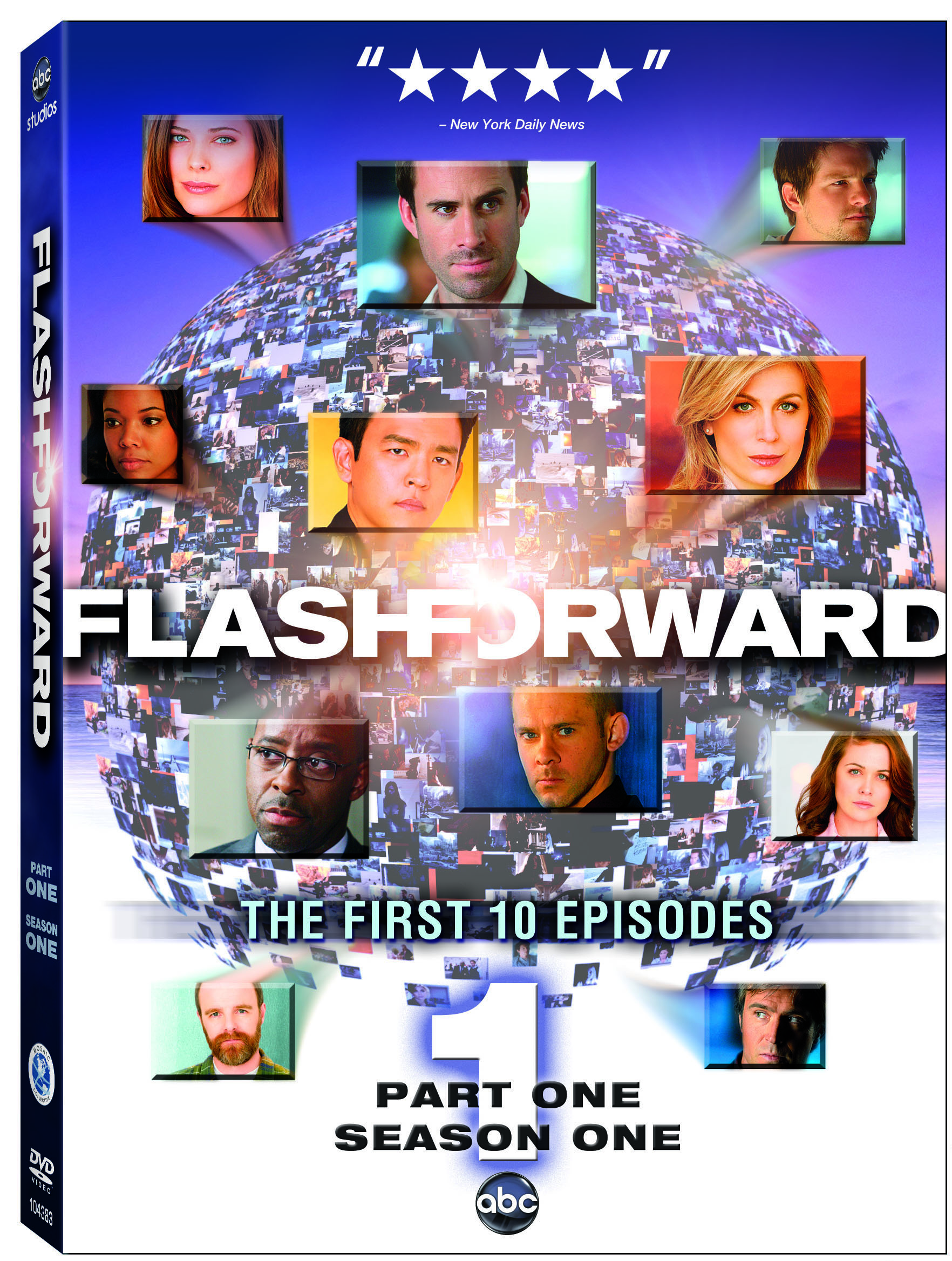 on DVD considering they’re already available either on their website or Hulu. And yet, the two-disc set came out this week, a convenient package for those who may have missed out on the fun. And, if you like what you see, the package contains a coupon good for saving $10 on the Complete First Season, advertised as coming in August.

There are just two bonus features contained here: Creating Catastrophe, a 7:06 look at filming the explosive opening scenes from the pilot; and A Look Ahead, 4:48 of enticing clips that focuses more on the relationships than the overall mystery.

The mystery, for those who have yet to discover the series, is how all of mankind blacked out for 2:17 at precisely the same moment (10 p.m. PST) and everyone experienced a glimpse into their future, April 29, 2010 to be exact. While a global phenomena, the show follows the investigation of an FBI task force headed up by Joseph Fiennes, apparently the people who gathered the most clues the fastest, so everyone else has seemingly backed off.

which traces the incident to an accident caused by the CERN Super Collider and actually showed a future decades away. The cool concept is well executed in the book and offered the producers, Marc Guggenheim, David S. Goyer and Brannon Braga a starting point. Other than the basic concepts, the book (well recommended) and the show have nothing in common.

What they have done is nicely show the many ways people react to knowing what’s in store for them. Fiennes saw himself investigating and falling off the wagon; his partner John Cho discovers he’s dead; his fiancée comes to realize she’s attending his funeral; and so on. We have a suicidal man rededicate his life and Fiennes’ nanny comes to a spiritual rebirth. It’s a large, sprawling cast of investigators and their loved ones in addition to the people who may or may not be behind this incident (and potentially a previous limited test in Africa years before).

It could be that the cast is too large so we go weeks between seeing some of these people. As a result, their reactions are blunted and they feel disconnected from the main story. Threads are also added and dropped without much reason. For example, there is clearly a connection between Fiennes’ young daughter Charlie and Dylan, the autistic son of Lloyd Simcoe, the very man Fiennes’ wife, Olivia may have an affair with by spring. Lloyd, by the way, has something to do with the blackout and has a connection to Dominic Monaghan’s physicist. See, it gets messy after a while.

On the other hand, it’s nice to see a show dealing with characters and how they change based on this event. Most series refuse to let their characters grow and change this rapidly for fear audiences won’t grow attached to them. We’re also given a diverse cast, filled with many familiar genre performers but mostly getting larger-than-normal roles so that’s a plus.

The series stated off to great reviews and strong ratings but it slid quickly which prompted the network to suspend the series after these ten episodes and then return post-Olympics. The show will resume on March 18 with a two-hour premier and run uninterrupted until its conclusion with a two-hour finale on May 27 (well after Sweeps end and the new season has been announced).

This is a strong concept, but like [[[Lost]]], needs a resolution. In fact, this probably should have been a one-season show so the producers could have planned accordingly. Goyer hasn’t done much TV and certainly not been involved to this degree which may be why it felt and looked a little different at the outset.  Guggenheim, strong with ensembles, was the first to leave over creative differences with the network. Goyer became the new showrunner and his approach clearly didn’t please ABC since he departed during the hiatus and his wife, Executive Producer Jessika Borsiczky, moved over to take the reins. Her touch will be seen this spring.

The show is engaging thanks to the cast and the characters but the overall mystery remains too ill-defined and possibly even unnecessary. But its here and needs to be resolved. Since April 29 comes during this run, you have to wonder what the aftermath will be like before a new wrinkle is introduced for the hoped-for second season.