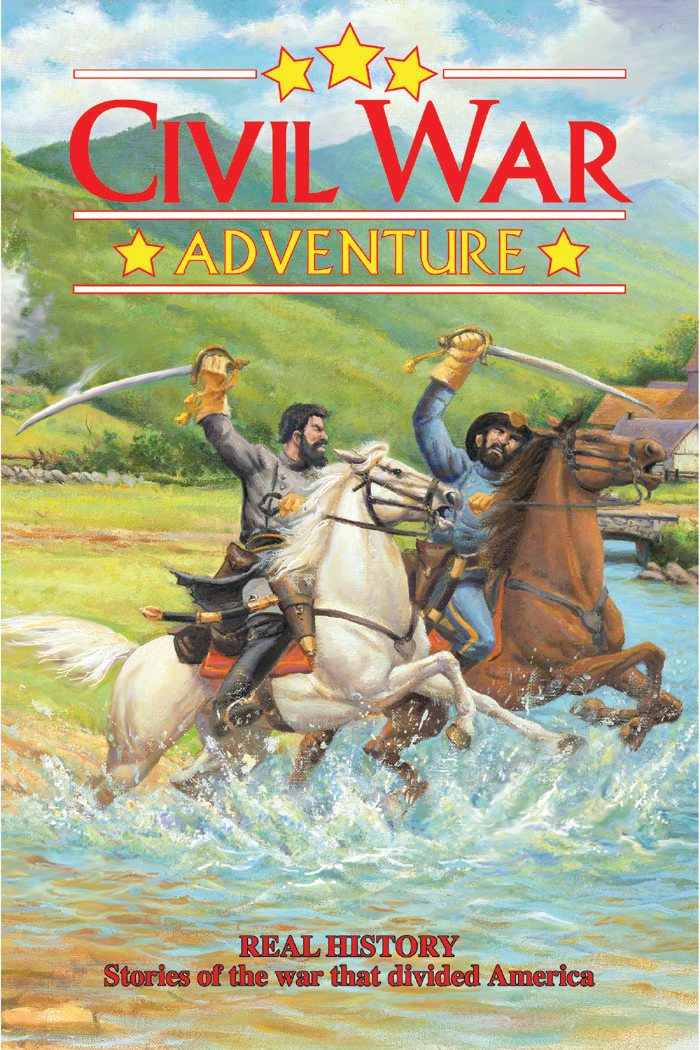 The graphic novel as memoir and teaching tool has become accepted in schools and libraries and there is a growing need for well-researched material. Thankfully, Chuck Dixon knows his history and how to do research. He’s displayed this in a rich career, covering all the eras. Here, he’s partnered with veteran artist Gary Kwapisz to produce the first in a line of Civil War graphic novels.

The first volume was recently released and makes for good, solid reading. There are seven stories in this inaugural collection, spanning the length of the war, along with single page features on terminology, weaponry and personalities. The book smartly opens with a timeline of the Battle Between the States, placing each story contained in context. On the other hand, the stories appear in a jumbled order that makes little sense.

If anything, there appears to be a preference for stories told from the point of view of the seseches, that is, the Confederacy. Their passion certainly outweighed their level of preparedness and organization. If anything. Both North and South were comprised of militias and armies that were loosely organized and commanded so sometimes it’s hard to keep track of the squads.

Dixon keeps things personal, largely following a father and son both leaving their farm to go to war, to protect a way of life that was largely unsustainable. They crop up in several stories and we’re promised more about them in subsequent volumes. Wisely, many of his stories are taken from journals and letters written during the war and lend a voice of authenticity to the book.

The stories are light on ideology so there’s little about why the Union split in two, nothing about states’ rights or even much about the slavery issue. These are the men, largely uneducated, who are fighting for freedom on the front lines, far from the news and politicians.

Kwapisz provides the majority of the artwork and is a strong storyteller. Some of his characters border on the exaggerated and backgrounds could be more detailed here and there but overall, he does a commendable job with differentiating his players and battlefields. Silvestre and Enrique Villagran each contribute art for a story, providing a little visual variety.

The volume is a nice, if jumbled, package and promises more to come. While not to be considered a sole source for readers, it certainly helps bring some of the history to life. These two have formed their own company and I wish them well so other historic times can be explored in compelling ways.